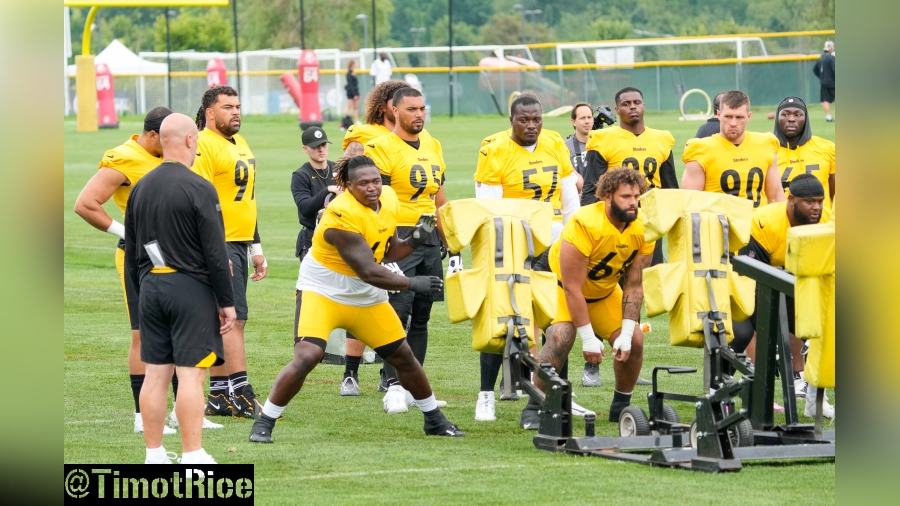 Having a 53-man roster that’s evenly divided in talent is really just not a thing that happens. Inevitably, you are going to have some position groups that are stronger and some that are weaker, whether it is in the starting lineup or the available depth that you have.

For the Pittsburgh Steelers this year, they found themselves short on quality linemen and edge rushers, and so they acquired one of each via trade. On the other hand, they also had a surplus of talent alone the defensive line and at wide receiver, and so kept more than they usually do and still had to cut players who have been on their roster before.

Cameron Heyward felt this more acutely, as with the depth of his group, he watched a couple of teammates he had been around for years let go—at least temporarily, and indeed, one of them is already back. He talked about the difficulty of watching the roster cuts on his Not Just Football podcast yesterday, particularly in the defensive line room.

“Every team’s got that guy that it’s like, ‘Man, I wish I could hold on to him’. But it’s tough”, he said. “I’m always proud of all the d-linemen we play with, whether it’s the Davis twins [Carlos and Khalil] or a guy like Henry Mondeaux, who gained some weight this past year to play the nose tackle position, and then you see him get cut. But our room is pretty deep, and it’s not easy. You’re hoping those guys come back some way, but you just never know”.

Carlos Davis was a seventh-round draft pick by the Steelers in 2020. This was the first time in his career that he was cut, although the team has already announced that he was re-signed to the practice squad. His brother, Khalil, was a sixth-round pick by the Buccaneers that same year who found his way to Pittsburgh’s practice squad in 2021.

As for Mondeaux, he has been around for some time now, first signing with the Steelers in 2019 after a tryout in May. He spent that year on the practice squad, but in 2020 was called up to the 53-man roster for most of the season, as was the case last year.

With seven defensive linemen already on the 53-man roster and Davis on the practice squad, there’s no great need to re-sign either Khalil Davis or Mondeaux, though, as of this writing, they still have eight practice squad slots open.

Having been drafted in 2011, Heyward has naturally seen a lot of guys come and go, from Nick Williams and Daniel McCullers to Isaiah Buggs, L.T. Walton, and now Davis. But he knows they have a good room now, and that that is where his focus must lie.