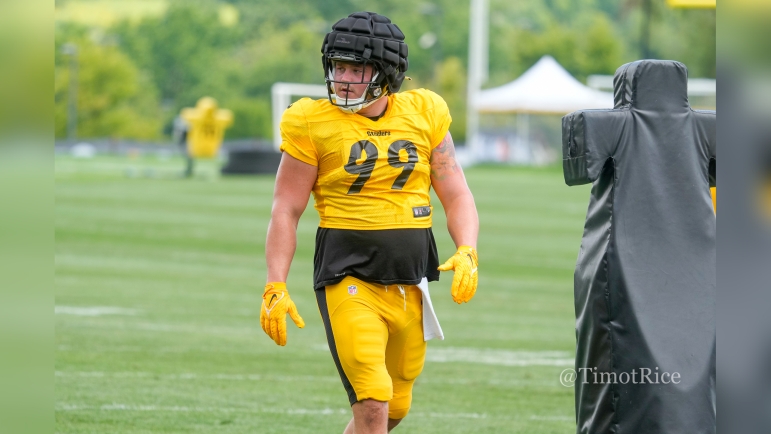 Mondeaux was released by the Steelers during final cutdowns Tuesday, a predictable outcome given the Steelers’ deep defensive line. Now, he’ll try to latch on with the Giants.

He appeared in 26 games over the last two seasons with the Steelers, seeing extensive defensive snaps last year following injuries to Tyson Alualu and Stephon Tuitt. In 2021, he recorded 16 tackles with a pair of sacks while seeing nearly 250 total defensive snaps. Without a good backup plan to Alualu, Pittsburgh tried to slot him in as a nose tackle, but Mondeaux was out of position and his run defense struggled mightily, leading the team to try to play Cam Heyward in the middle before finding stability after plucking Montravius Adams off the New Orleans Saints’ practice squad. Mondeaux also had rare special teams value for a defensive linemen, playing over 150 snaps on that unit in 2020, including seeing time on the kick coverage unit.

This summer, Mondeaux primarily played nose tackle and performed better, perhaps in part to adding some weight. Heyward made a reference to Mondeaux bulking up during his latest podcast. But defensive line was one of the Steelers’ strongest groups, and he had no path to making the 53-man roster. He is the second ex-Steeler to land with the Giants. New York claimed CB Justin Layne off waivers yesterday.