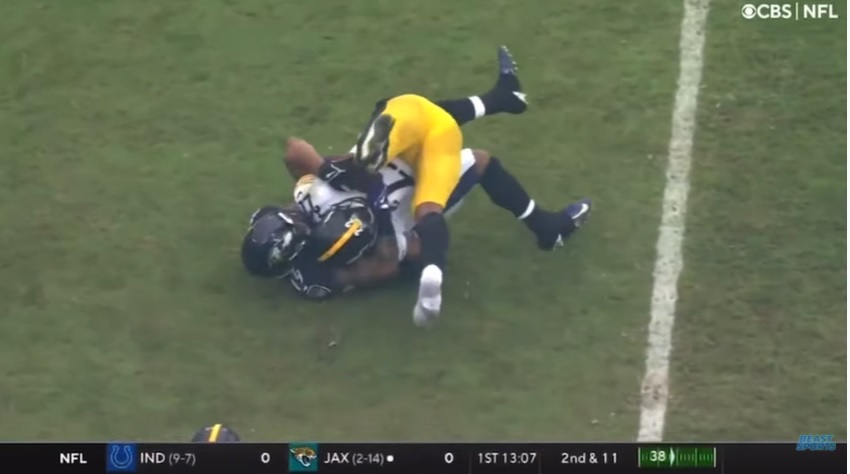 Najee Harris took the Chris Rock Robitussin approach to the elbow injury he suffered in last Sunday’s win over the Baltimore Ravens. He didn’t need nor want a big, bulky brace on his arm. Just tape it up and put him back in the game. That’s what the Steelers did and Harris’ 15-yard overtime run set up Chris Boswell’s game-winning field goal to help put the Steelers into the playoffs.

Speaking to reporters Friday, Harris said his elbow injury is feeling better after feeling sore a couple days ago.

“The elbow’s feeling good,” he told reporters in audio provided by the team. “I got a little PRP shot in it so it was sore for a couple days. But I mean, it’s feeling better.”

A PRP shot, by the way, is a platelet-rich-plasma injection that uses “a patient’s own platelets to accelerate the healing of injured tendons, ligaments, muscles and joints.” That’s my Dr. Kozora knowledge of the day.

Harris suffered the injury on the Steelers’ first drive of Week 8, landing awkwardly on his arm on a third down catch short of the sticks. He was out of the lineup for the rest of the first half and didn’t return until late in the third quarter. Though his numbers from the game look ugly, he came up large on the Steelers’ winning overtime drive with a one-handed catch and his longest run of the day.

Harris talked about the injury and how he got back into the game.

“When it happened, the third play, I came on the sideline. Obviously, it was hurting for a minute. I was in pain. But I was waiting for it to cool down. My adrenaline was already pumping so I knew that I’m not gonna really feel this pain for the next couple minutes. So I waited and I tried to put this brace on me. But I can’t [wear] a brace because I can’t really fold my arm too much for ball security. So I was just like, man, just put like some tape on it. And they put some tape on it and I got back in there.”

That’s all you need. Tape and the will to play through the pain. Harris has both.

Harris has sat out the first two days of practice but was expected to return to practice Friday. The Steelers will issue their final injury report of the week later today.

Though he declined to comment on his game status, Harris is still expected to play and though he won’t be 100%, he’ll give the Steelers their best chance to upset the mighty Chiefs Sunday night.