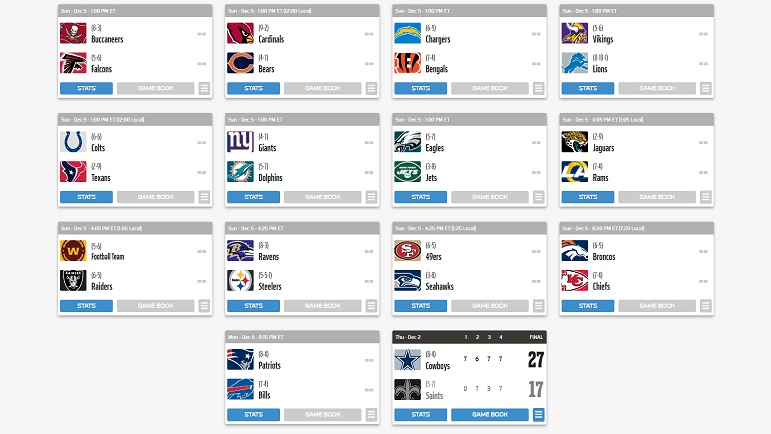 With the Pittsburgh Steelers playing in the later afternoon on this Week 13 Sunday, we’ll have a chance to sit back and watch all of the early afternoon NFL games. Several of us will be doing a little bit of fantasy football scoreboard watching today and we invite everyone to watch along and chime in below in the comments. Steelers fans will also be paying close attention to the other AFC North team playing on this Sunday, the Cincinnati Bengals, who play the Los Angles Chargers at home.  The Steelers obviously will be playing the Baltimore Ravens later on this Sunday while the Cleveland Browns are on their bye this week.

I have added a Sunday early game Twitter feed to this post and it should update throughout the afternoon and include videos from all seven of the early afternoon games. I also have included the inactives for all of the Week 13 early games.