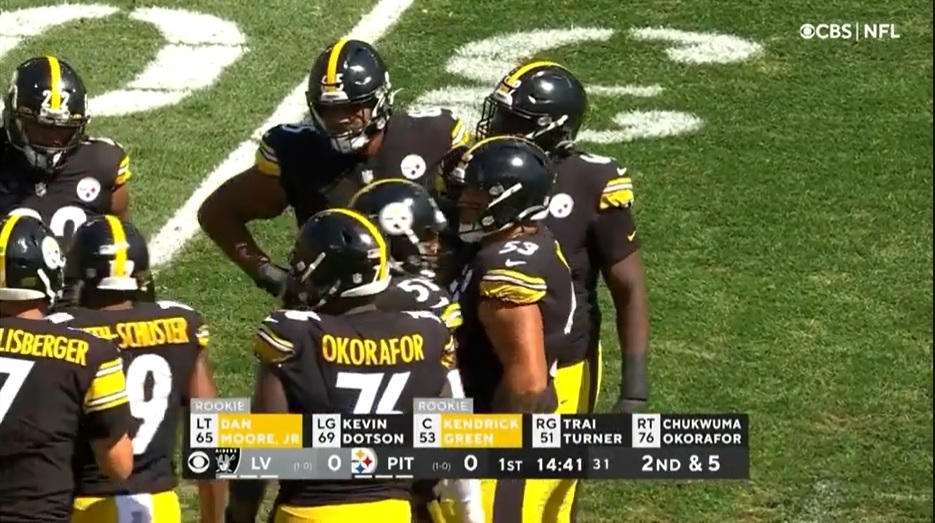 Wide receiver Diontae Johnson has heard the criticism and has one message for the critics: You go try it instead.

That was Johnson’s message to the media Monday, defending the effort and work the front five have put in.

“At times we do run the ball and we show we can run the ball on defenses that people say we can’t run the ball on,” Johnson told reporters via Steelers.com. “And it’s not like the o-line is not trying to do their job or whatnot. I’m getting tired of hearing people talking about the line and stuff. If it’s so easy then, from a person speaking that’s not on the team, that’s a regular fan, if it’s so easy, why don’t you come out here and do it for us? Show me, you feel me, that you can do it better than me. They’re doing the best they can. Stuff like that is going to happen. But we don’t worry about it. It’s football. So we’re gonna keep playing.”

Pittsburgh did finish Sunday’s loss to Kansas City with 130 yards rushing while averaging a healthy-looking 5.2 yards per carry. But the stats don’t match the tape. Pittsburgh couldn’t run the ball in the first half, averaging only 3.6 yards, and lost in key situational moments, like a failed 4th and 1 toss to Najee Harris.

On the year, the Steelers’ run game has, at best, sputtered even with a first-round runner in Harris. Pittsburgh is averaging just 3.8 yards per carry, tied for 28th in the league with just nine rushing touchdowns, which is tied 27th overall. They have the shortest “long” run of any team, QB Mason Rudolph’s 26-yard scramble against the Detroit Lions. The longest run by a Steelers’ running back this year is Najee Harris’ 23-yard scamper.

Even in that defense of the offensive line, Johnson went on to point out the central problem with the Steelers’ run game. He noted the Chiefs played almost exclusively two-high shells Sunday, daring Pittsburgh to run the ball against lighter boxes. The Steelers still struggled to, forcing them to throw into those two-high looks. It led to another poor offensive performance, shutout at halftime and scoring just ten points, the lone touchdown coming in garbage time.

Johnson sticking up for his teammates is admirable even if his argument – why don’t you strap on the shoulder pads – is a silly one. You don’t have to be an offensive lineman to criticize a group so obviously struggling. The Steelers aren’t lacking effort but they are lacking technique and talent to consistently win up front. Pittsburgh is likely to continue making changes to the front five this offseason, which will be the clearest sign from the organization that this group needs work.