The Pittsburgh Steelers have now released what might be their final official injury report of Week 13 ahead of their Sunday afternoon home game against the Baltimore Ravens, and the Friday offering shows that two players have now been ruled out for that contest. It also shows two new players listed on it.

After not practicing again on Friday the Steelers ruled cornerback Joe Haden (foot) and defensive tackle Isaiah Buggs (ankle) out for Sunday. This will make the third consecutive game that Haden has missed with his foot injury. as for Buggs, he was a healthy scratch in Week 12.

The Steelers added two players to their Week 13 injury report on Friday in defensive tackle Cameron Heyward (illness) and defensive end Isaiahh Loudermilk (illness). Both failed to practice on Friday and for now, neither have a game status designation. We’ll have to see if that changes on Saturday.

The Steelers currently have three players on the Reserve/COVID-19 list: Outside linebacker T.J. Watt, tackle Joe Haeg, and inside linebacker Robert Spillane. 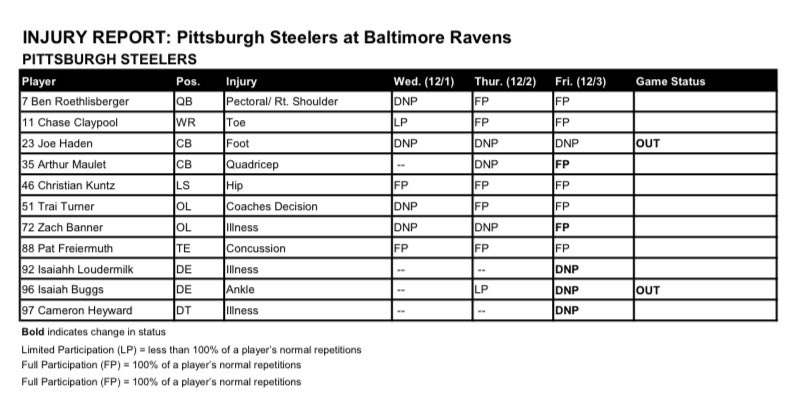