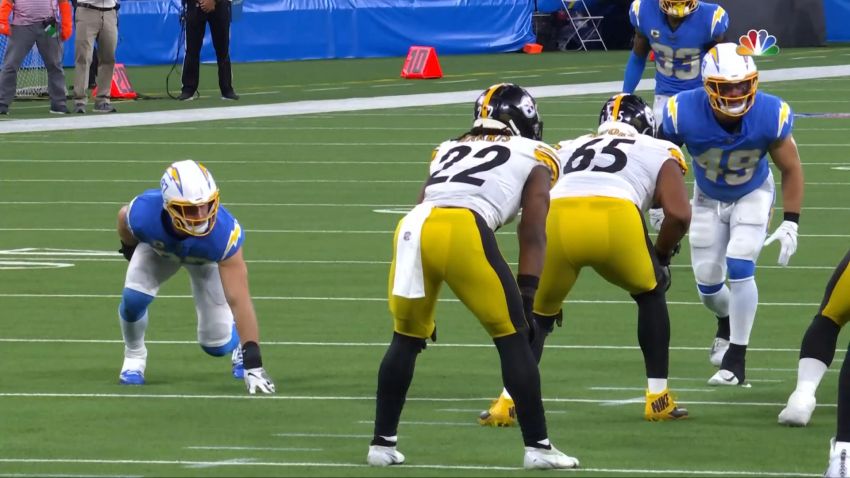 At this point, the Pittsburgh Steelers would be happy about a four yard run, much less one that goes 20+ yards. But if there’s a way to quickly revive their run game, it’d be with an explosive run or two. Stealing a big play, as Dave Bryan likes to say. Pittsburgh hasn’t stolen much of anything on the ground in years and Matt Canada knows it’ll take a full-team effort to produce big runs.

Speaking with the media Thursday, Canada was asked how the run game can get more explosive.

“I think it’s everybody,” he said in audio provided by the organization. “It’s 11, you know? All of us, we’re all trying to do a better job. Obviously efficiency is great and we talk about efficiency, but then you also talk about those bigger runs. It’s calling the right play at the right time. It’s carrying out fakes, it’s the back making the right cut. It’s the line blocking and it’s the wideouts blocking downfield. It’s respecting play action. It’s all those things. So we’re certainly wishing we had more of those.”

That’s the paint-by-numbers, “I’m Just A Bill” explainer of how a good run game works. Runners run. Blockers block. Unfortunately, it’s a concept that’s eluded the Steelers for the greater part of three seasons. Since 2019, the Steelers have been one of the least effective rushing teams. Here are their metrics.

No team has rushed for fewer yards than the Steelers while they sit near the basement in yards per carry – only Miami is worse – and rushing touchdowns (with only the Jaguars and Jets less productive). But it’s been the lack of big runs that have really been a problem for years, even when the team had a good run game with Le’Veon Bell. The Steelers prefer bigger, more powerful backs to play grind-it-out football, drafting Najee Harris this year. That comes at the cost of explosion and big play ability.

This season, the Steelers have just six runs of 20+ yards, and half of those have come from non-RBs. Chase Claypool, Diontae Johnson, and inexplicably Mason Rudolph all have one. In fact, Rudolph still has the longest rush of any Steeler on the season, 26 yards against Detroit, which tells you all you need to know about how “explosive’ this run game is. Pittsburgh has the shortest “long” run of any team in the NFL, previously ahead of Miami until Myles Gaskin busted off a 30-yard run last week. Harris’ longest run of the season is just 23 yards.

Since 2019, the Steelers have 25 runs of 20+ yards, tied for 19th in football. A higher ranking than you may have guessed, though again, a chunk of those came via wide receivers, not running backs.

The key point Canada made is the downfield blocking. What receivers are able to do in the run game is often the difference between a ten-yard run and a 20+ yard run. Unfortunately, without JuJu Smith-Schuster healthy, the Steelers don’t have any good run-blocking receivers. Ray-Ray McCloud is high-effort but lacks the size, while Diontae Johnson is a smaller wideout, and Chase Claypool isn’t as proficient there as he should he. As our Tyler Wise has pointed out this season, a lack of effort has been a problem, too.

Bottom line, the Steelers have a host of problems with their run game. And right now, have the explosiveness of a Fourth of July sparkler.