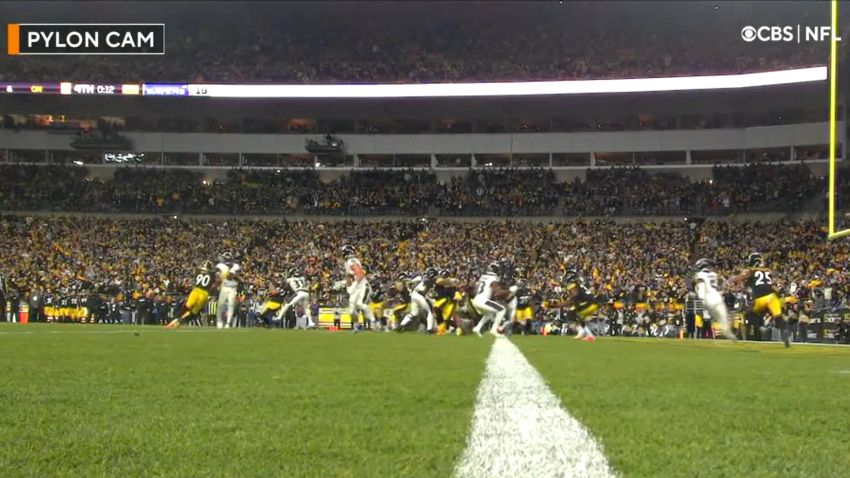 The Pittsburgh Steelers and the Baltimore Ravens have had among the most competitive rivalries in the NFL for some time now. Heading into yesterday’s game, Steelers head coach Mike Tomlin was 15-14 against Ravens head coach John Harbaugh, after beating Baltimore twice in 2020. He made it 16-14, but Harbaugh made a gutsy call at the end of the game to try to even it up.

Having just scored a touchdown to put them behind by just one point with a mere 12 seconds left, he decided to call for a two-point conversion attempt, which would have in all probability won the game. Quarterback Lamar Jackson, however, struggled to get out a clear pass to tight end Mark Andrews, who would have easily scored had he a clean ball to field. That was due to pressure in the quarterback’s face from edge defender T.J. Watt, who had a career-high 3.5 sacks on the evening.

While I’m not sure whether or not it would qualify as a pressure on a normal offensive play—it would probably vary from outlet to outlet—it may have been the most significant play that Watt made all night, and certainly the most pivotal, since it was almost literally the difference between a win and a loss.

“Throw it right to him, I just put it on his chest. I couldn’t do that just because T.J. Watt’s got range”, Jackson told reporters after the game. “He’s a long guy. I had to throw around him and try to make something happen. That’s all. Just came up short”.

The ball had to navigate around the defender, and Jackson could not place it safely in Andrews’ range, only getting an outstretched hand on it before it ended up bouncing harmlessly onto the grass as he spilled down in front of it.

“He’s way taller than me, way wider”, he added, of Watt. “I just had to make something happen. That’s it”.

Still, he had no issue with his head coach’s decision to go for it, and the Ravens have been aggressive under such circumstances pretty consistently under him with Jackson at quarterback. They tend to be more likely to go for it on fourth down when they’re not trailing than the average team is, for example.

“We go to the sideline and say we’re going for two, and I was like, ‘Alright’. I was cool with it”, Jackson said when he got the call that they would go for two. “I want to win. I didn’t want to go to overtime anyways”.