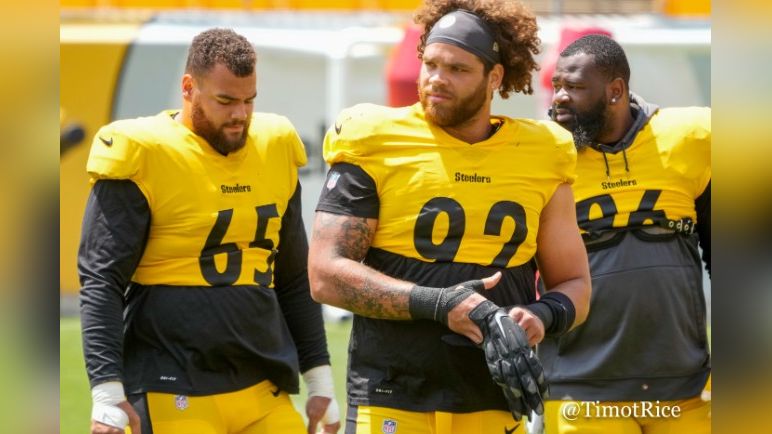 The Steelers run game has not been what we’ve become accustomed to this season. The defense has allowed 2,141 yards on the ground in 2021, more than any other team in the NFL. Opposing offenses are averaging 4.8 yards per carry along with 18 runs of 20 or more yards, both tops in the NFL as well.

Those struggles stem from the moving parts on the defensive line throughout the year. One positive surprise though has been Isaiahh Loudermilk, the fifth-round rookie from Wisconsin. Keith Butler sang some of his praises on Thursday.

“Yes, he’s getting better. He’s still gotta take on people at the line of scrimmage and not get knocked off the ball,” he said in audio provided via the team.  I think he’ll do that as he gets older, you naturally gain weight and he’ll get better through the offseason and stuff like that.”

As Butler mentioned, Loudermilk is still getting knocked around at the point of attack a bit too much. With that being said, I’m not sure many of us saw him being this productive in Year 1.

His run defense is something that can be a huge contributor to the team’s success in the future. A healthy core of Loudermilk, Tuitt, Alualu, Cam Heyward, and Chris Wormley would all but fix the run defense’s problems next season.

“I think he’s gonna end up being a pretty good player for us. It is just a process that he’s going through right now to become a good player.”

He’s had no choice but to work through the rookie growing pains with Stephon Tuitt and Tyson Alualu missing a majority of their seasons. Loudermilk does seem to be growing the trust of the Steelers staff, as he played a career-high 35 snaps (51%) in Week 16.

Many analysts were critical of the Steelers’ pick on Loudermilk, citing it was a bit of a “reach”, but he’s been one of the best late-round value picks so far from the 2021 NFL Draft. He has all the tools and resources around him to become a very good player for the Steelers.