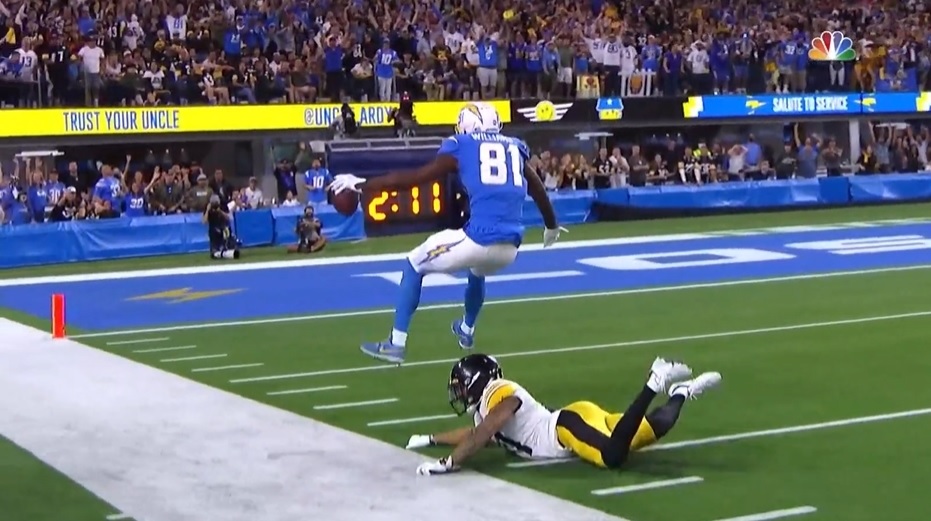 For Mike Tomlin and the Pittsburgh Steelers, they needed 2+2 to equal five Sunday night against the Los Angeles Chargers. Entering the game with a defense missing T.J. Watt, Joe Haden, and Minkah Fitzpatrick, rush and cover were impacted. It left the team with a dilemma. Rush more guys to pressure Justin Herbert or play conservative and help out a greener secondary? Pittsburgh chose the latter. Mike Tomlin wishes he could’ve chosen both.

“We were less aggressive in some of our blitz game,” Tomlin said in his weekly presser, carried out via the team’s YouTube channel. “We felt like we needed seven people in coverage. So we didn’t get after him as much as we would’ve liked.”

Overall, Pittsburgh blitzed Herbert 25.5% of the time, falling almost perfectly in line with their season average coming into the game of 25.8%. But the first and second half blitz rates were starkly different. 34.6% in the first half, just 16% in the second half.

Felt like the Steelers blitzed more last night but they blitzed Justin Herbert 25.5% of the time last night. Right in-line with season average of 25.8%.

It didn’t seem like anything Pittsburgh did worked, the Chargers scoring points their first five drives. That’s the first time it’s happened to the Steelers in at least 20 years.

Ideally, the gameplan for this defense would’ve been to drop seven. As Tomlin joked, that’s only a gameplan that works up north.

“The issues were that we had some young, inexperienced guys in the secondary. And so if you’re rushing them with more than four, you’re exposing them. And how well-balanced their attack was made that difficult for us. We needed to play Canadian football, man. We needed 12. We needed seven in coverage plus a five man rush. But you don’t get that south of the border.”

Tomlin admitted that given all the injuries, he and the coaching staff should’ve altered their gameplan more than they did.

“With the configuration of people we had available to us on defense, we probably should’ve done things differently. More out of our personality, to be quite honest with you.”

The good news is Pittsburgh’s defense has a good chance to look like its normal group Sunday afternoon against the Cincinnati Bengals. Watt, Haden, Fitzpatrick, and rookie Isaiahh Loudermilk all have a chance to return this weekend, according to Tomlin. With the talent of that group, it’ll make the Steelers’ defense feel like they’re playing with 12.