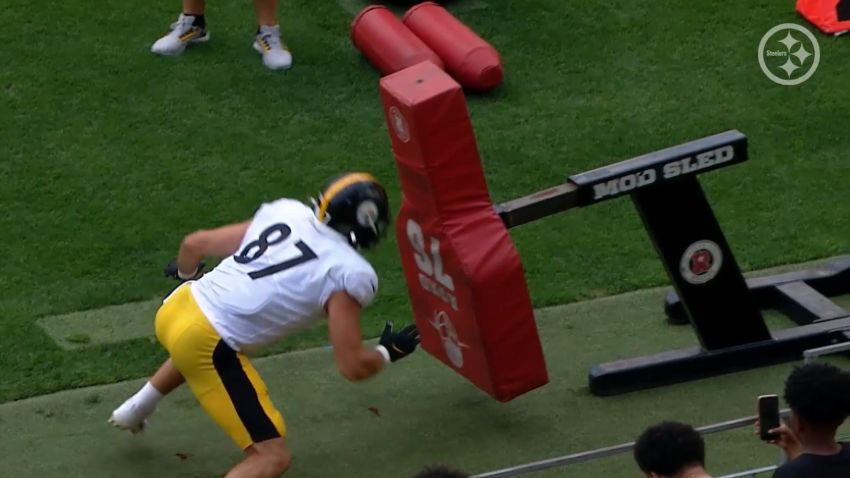 The Pittsburgh Steelers have made one transaction ahead of the team’s Monday night home game against the Chicago Bears.

According to the Steelers, tight end Kevin Rader has now been elevated to the team’s Active/Inactive roster from the practice squad. Rader is now expected to dress and play Monday night against the Bears.

Rader being elevated comes on the heels of tight end Eric Ebron being previously ruled out for the Monday night game with a hamstring injury. This marks the first time this season that Rader has been elevated to the Active/Inactive roster.

The elevation of Rader now means the Steelers will have six inactive players Monday night. Ebron will be one of those six players.

Last season, a former undrafted fee agent out of Youngstown State, played 12 offensive snaps and 12 special teams snaps. He was inactive for three of the four games he was on the active/inactive roster for last season.