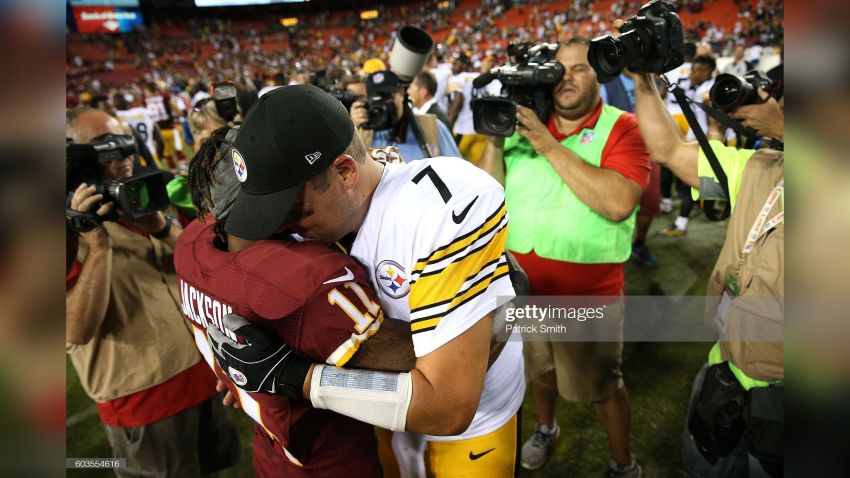 Topic Statement: The Steelers should be interested in signing veteran wide receiver DeSean Jackson if he clears waivers.

Explanation: Having lost JuJu Smith-Schuster earlier this year due to injury and lacking a true elite straight-line deep threat in their offense, Jackson, at 34, just released, could help fill a niche in the unit that isn’t entirely successfully occupied at the moment.

DeSean Jackson is still DeSean Jackson in 2021. Him losing a step is like most other wide receivers losing three or four. He has been a pretty small part of the Los Angeles Rams’ offense so far this year, playing only 100 snaps in seven games, but it’s resulted in eight catches for 221 yards and a touchdown, averaging 27.6 yards per reception.

Jackson already has three catches of 40-plus yards this year, including a 75-yard touchdown. He doesn’t have to play 60 snaps a game, but he can offer the Steelers a couple dozen snaps here and there to keep defenses honest. His contract should be manageable, even if they decide to claim him off waivers (all players are subject to waivers after the trade deadline no matter their veteran status).

The Steelers already have a wide receiver on the roster whom they’re not using enough in James Washington, who’s also supposed to be something of a deep threat. He may not have Jackson’s pure speed, but he has other tools that haven’t been fully exploited in this offense.

Aside from that, he’s a player who just mutually parted with his team and the Steelers just got rid of a player like that. They can’t promise Jackson he’ll get the sort of playing time he wants any more than they could Ingram, so signing him would be just setting themselves up for failure.