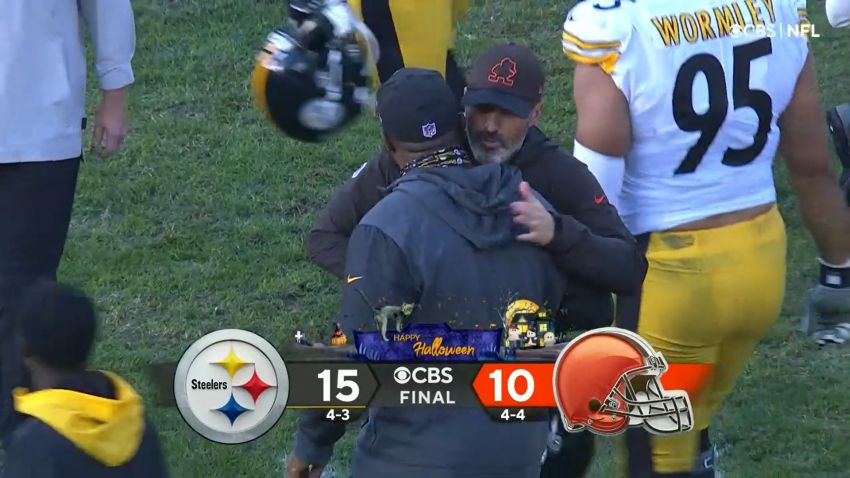 There was a famous moment for the New England Patriots several years ago following a tough loss, during which head coach Bill Belichick responded to a series of questions with some variety of “We’re on to Cincinnati”, that being the Bengals, their next opponent.

In other words, he was done discussing the events of the past and focusing on the future. The Cleveland Browns are in their own “we’re on to Cincinnati” moment right now, coming off of a frustrating division loss to the Pittsburgh Steelers and on the heels of the dissolution of their relationship with wide receiver Odell Beckham Jr., who personified their hopes for a brighter future just a couple of years ago.

As you know by now, the Browns are in the process of releasing the veteran wide receiver, whom they trade four just two years ago, giving up substantial assets, including a first-round draft pick, to acquire him. They believed that he would be the piece that put their offense over the top, but that potential never came to fruition, and instead, they had to field questions about what went wrong.

“I can tell you that really everyone had put a ton of time and energy into it, and everybody is disappointed that this is the outcome, but it is where we are”, general manager Andrew Berry said, in what was really an evasive way of actually answering the questions he was being asked. “Just sometimes they do not work out, and we have to move forward and focus on Cincinnati”.

The Browns are sitting at 4-4 after dropping a home loss to the Steelers, now sitting in fourth place in the AFC North after looking like an early contender. They were 3-1, but have lost three of their past four games, with only a home Thursday night victory over the Denver Broncos.

Cleveland is on the road three of the next four weeks before finally hitting their bye week, and that includes stops in Cincinnati, New England, and Baltimore, before playing the Ravens yet again right after their bye week.

In other words, we’re going to find out very soon whether or not the Browns are going to factor into the division this year. They have three division games coming up in their next five. By the end of that stretch, they’ll either be in the race or not.

They know that they can’t lose focus right now. They can’t afford to. There are too many expectations for this team, and frankly, they already know that they can win without Beckham. They did it last year. The bigger issue is the fact that they are 1-3 in their last four games.

They’re on to Cincinnati. They can’t afford not to be. This is the pivot point of their season. Either they start winning games, or they can start planning for free agency—during which they can avoid Beckham, who would at that point be an unrestricted free agent for the first time in his career.