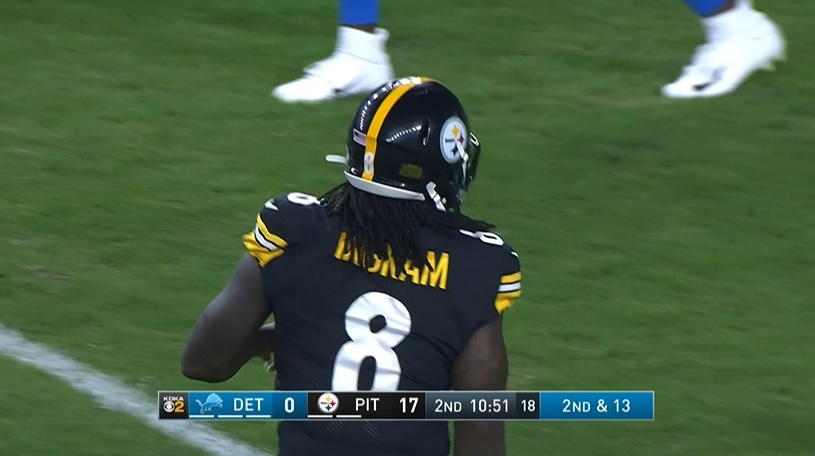 If there’s one player the Pittsburgh Steelers may trade away before November 2nd’s deadline, it could be Melvin Ingram. Over the weekend, NFL Network’s Ian Rapoport reported Ingram was a possible trade candidate. Aditi Kinkhabwala is taking things a step further, saying Ingram wants out of Pittsburgh due to reduced playing time. She mentions the Kansas City Chiefs as one team who has made an offer.

As @RapSheet reported this weekend, OLB Melvin Ingram does indeed want out of Pittsburgh after seeing a reduction in his playing time. I’m told KC made an offer, but the #Steelers ideally don’t want to send him to an AFC team. Could the #Cardinals make a good trade partner?

Ingram started every game he played in for the Chargers from 2014 to 2020. He’s started just one game in Pittsburgh this season, and with Alex Highsmith and T.J. Watt healthy in Week 6, Ingram logged just 17 snaps. On the season, he’s played 62% of the defense’s snaps, a number that will decrease going forward with the group healthy again. Ingram has played well, better than his stats indicate, and he’s valuable depth as the team’s #3 OLB.

That would make him hard to trade as the Steelers climb back into the AFC North race. But Mike Tomlin’s famously said they want “volunteers, not hostages” and the organization has generally obliged to players who want to go elsewhere. The Steelers also don’t have much draft capital for 2022 and trading Ingram would help restock those shelves.

Right now, it seems 50/50 whether or not Ingram will stay or go before the deadline. Ostensibly, they turned down the Chiefs’ offer so the Steelers aren’t in a rush to deal him, especially to an AFC team and future opponent.

Should Ingram be dealt, the Steelers’ would turn towards the likes of Derrek Tuszka and Taco Charlton as EDGE for. Pittsburgh attempted to sign Whitney Mercilus, perhaps one sign they were considering trading Ingram.