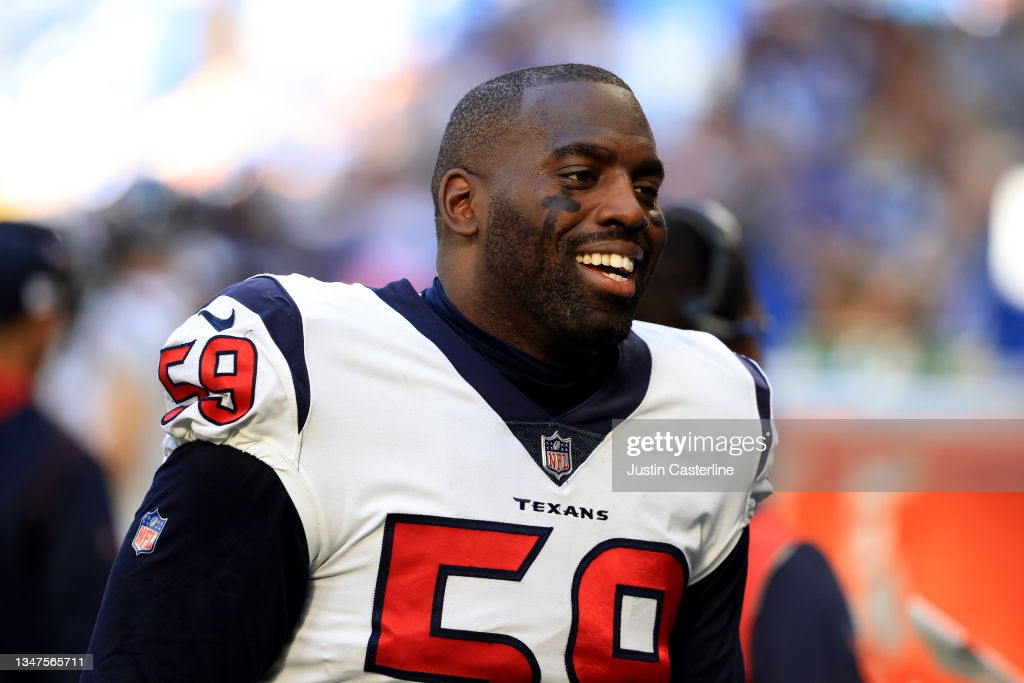 The Pittsburgh Steelers’ OLB rotation is much healthier than where it was but the team was reportedly looking to add to the group. According to this tweet from the Houston Chronicle’s Aaron Wilson, veteran OLB Whitney Mercilus considered signing with the Pittsburgh Steelers before ultimately inking a deal with the Green Bay Packers.

Merilus was released by the rebuilding Houston Texans earlier in the week. Mercilus, 31, has started 102 career games, all with the Texans after they made him the 26th pick of the 2012 NFL Draft. He has 57 career sacks, reaching double-digits with 12 of them back in 2015, but never failing to achieve that mark again. In 2021, he had played in six games, starting two, and recorded three sacks. The Steelers reportedly had interest in Mercilus way back in the 2012 pre-draft process. In May of 2012, Dave Bryan wrote:

“Of their 30 allowed pre draft visitors, 4 were considered 3-4 outside linebacker prospects in the form of Nick Perry, Andre Branch, Cam Johnson and Olivier Vernon. There were also reports that the Steelers had some interests in Whitney Mercilus in addition to those four players.”

The opportunity in Green Bay made more sense than a role he could’ve carved out in Pittsburgh. The Steelers are teeming with EDGE talent in T.J. Watt, Alex Highsmith, and Melvin Ingram. Mercilus would’ve made for an interesting #4 OLB, though his lack of special teams ability would’ve made for a potentially awkward fit. Currently, the Steelers have Derrek Tuszka as their #4 OLB.

For a team like Pittsburgh, adding Mercilus would’ve been a luxury. They have more than enough talent at the EDGE spot and will wait for guys to get healthy, like linemen. Stephon Tuitt and Carlos Davis, to add additional pass rush juice to their defensive front.