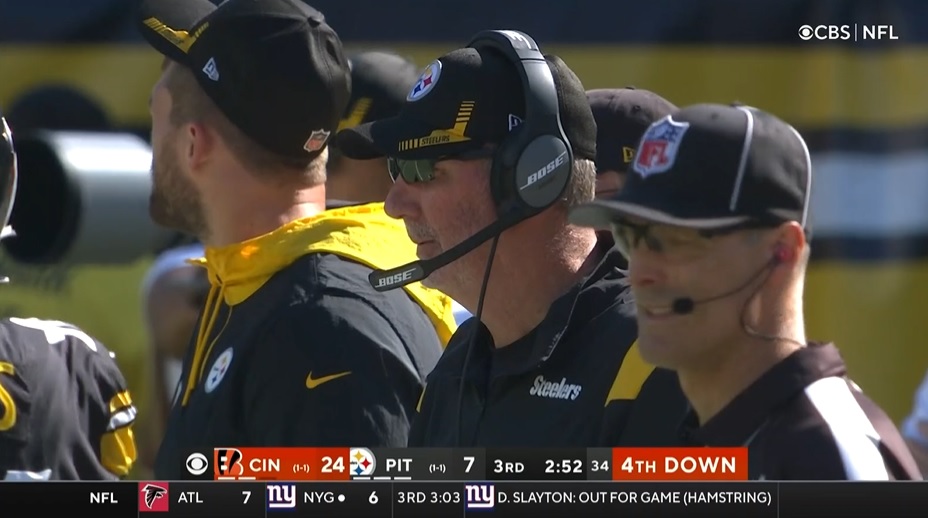 When Cincinnati Bengals’ rookie wide receiver Ja’Marr Chase beat second-year cornerback JAmes Pierre deep late in the first half for a touchdown to take a 14-7 lead into the half in the Week 3 battle between the AFC North foes at Heinz Field, it was a mistake by Pierre, who — with his lack of overall experience on the field – opened his hips late for the second time in three plays, allowing Chase to burn him deep for the score.

Mistakes are going to happen with young players, especially on defense in Pittsburgh in a complicated scheme under defensive coordinator Keith Butler.

For Butler, the key with the young players like a Pierre or a Tre Norwood, or even an Alex Highsmith, is to not make the same mistake twice. That can be a killer for a player, a team, and a game, according to Butler, who spoke to the media Wednesday.

“It’s a lot. It’s a lot of the learning curve for all our young guys,” Butler said to the media Wednesday according to the official transcript. “There are several of them that have only been in the League a year or two. Here’s the thing, I think, as a player in the League, you make the mistake. Don’t make it again. If you don’t make it again, you last longer in the National Football League. You have a longer career in the National Football League. Our guys, they’re going to make mistakes every now and then, but they should not repeat that mistake. They should not repeat it. And hopefully, he won’t. In order for us to be a good defense, all of our guys need to do that. We’ve got some veteran guys who understand that concept. You can’t make the same mistake twice. You get beat once on it, you learn from it, and don’t let it happen again.

Pierre was adequate following the long touchdown to Chase, posting his highest coverage grade of the season (66.9) according to Pro Football Focus. Though he wasn’t truly tested after the touchdown, his real test will come on Sunday against the Green Bay Packers, who like to play a lot of 3- and 4-wide sets, which will stress the Steelers’ secondary throughout the game, especially with Aaron Rodgers throwing the football.

Now that Pierre knows he has to open his hips early to take away the homerun ball, we’ll be keeping a close eye on him to determine if he’s truly learned from his mistake in an effort to not make the same one twice so early in the season.