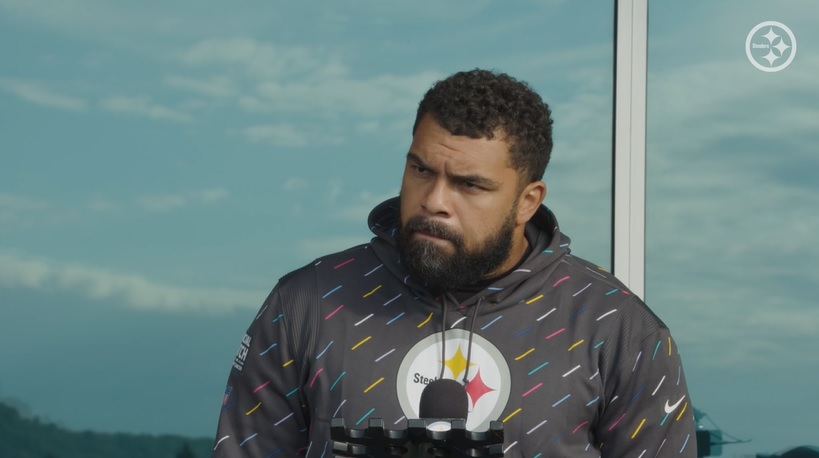 The Pittsburgh Steelers’ defense needs to take the football away this year. But at its foundation is an improved run defense that will put opposing offenses in uncomfortable situations. That was the plan Cam Heyward laid out to reporters Thursday morning, outlining how to get the Steelers’ unit playing like the teams of old.

“We haven’t stopped the run good enough to put them in situations where they have to pass,” he said via Steelers.com. “And some lucky bounces whether we haven’t got it or we’ve got our hands on, we just haven’t caught it. We gotta really force the issue.”

Over the last two weeks, the Cincinnati Bengals and Green Bay Packers have largely been able to stay on schedule with a solid run game, setting up manageable third down situations. It’s one reason why the Steelers have allowed a 50% conversion rate on third down over their last two losses, tied for the fourth worst mark in football, and one reason why their turnover numbers are done.

Of course, as Heyward said, the Steelers’ defense has still had chances. Minkah Fitzpatrick dropped an interception last Sunday, one of several missed opportunities the team had in the game.

In Week 5, the Steelers will take on a Denver Broncos’ team struggling on third down, 30th in the league at just 31.4%. But the Broncos also have a strong run game led by veteran Melvin Gordon and rookie Javonte Williams so Pittsburgh will have to tighten up their run defense in order to capitalize.

“We gotta make them uncomfortable. Getting them in some longer downs where they got to take chances.”

It’s unclear what quarterback the Steelers will be facing this weekend. Starter Teddy Bridgewater has been excellent this year, completing over 72% of his passes with five touchdowns and zero interceptions. Backup Drew Lock tossed the team’s first of the season in Week 4, filling in for Bridgewater who left the game with a concussion. Regardless of who is under center, Heyward’s mission is the same. Stop the run, forced third and long, and that’ll give the defense the best chance to create the big play.