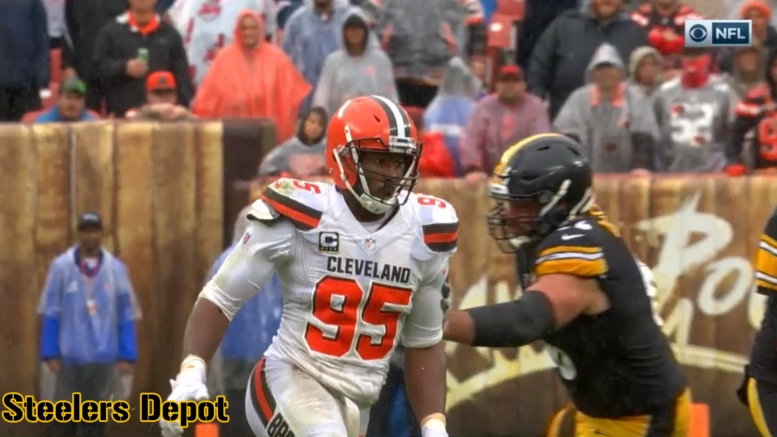 It’s no secret that the Cleveland Browns possess one of the best defensive lines in the NFL, led by All-Pro defensive end Myles Garrett.

Pittsburgh Steelers’ rookie running back Najee Harris knows all about the Browns’ loaded defensive line, which features veterans Andrew Billings, Takkarist McKinley, Joe Jackson and Jordan Elliott and rookie Tommy Togiai behind the starting four in the trenches. Ahead of his first matchup with the Browns, Harris praised the Browns’ defensive line, but added that the group in the trenches across the ball is just another obstacle for the Steelers’ renewed run game to get through.

“I mean, they have a good old line D line of course, with Garrett and Clowney,” Harris said to the media during his availability Friday, according to Steelers.com. “And then they got that attack too, right?  So I mean, they always got a good defensive line, but every team we played against really has somebody really good on the D-line. So, I mean, this is another, you know, obstacle. You gotta get over it, try to find a way to game plan and go forward from there.”

Harris has the right mentality though, which I’m sure is the same one permeating throughout the Steelers’ locker room and coaching staff ahead of the Week 8 battle. You can’t worry about the names on the other side. All you can do is control what you can control and execute at the highest level possible.

That seems to be what the Steelers are focused on, which is great news for Pittsburgh’s chances on Sunday in the trenches.