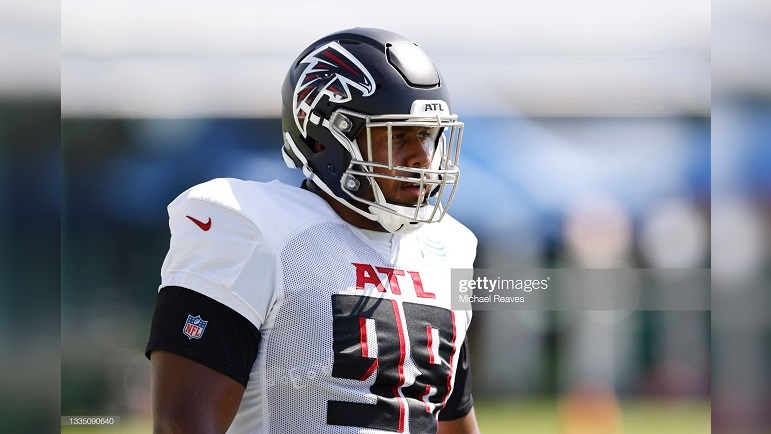 The Steelers promoted Derrek Tuszka from the practice squad to the 53-man roster last week, and in exchange waived Jamir Jones, who was subsequently claimed by the Los Angeles Rams. That left open a spot on the practice squad, which the team finally filled with the signing of nose tackle Eli Ankou.

Ankou marks the four vested veteran player (a player of at least four seasons of accrued experience) currently signed to the practice squad, including safety Karl Joseph, outside linebacker Taco Charlton, and tackle Chaz Green, who was elevated from the practice squad last week to dress as the swing tackle.

With the defensive line dealing with a number of injuries, it made sense to add another experienced, veteran body here. They already lost nose tackle Tyson Alualu, likely for the entire season with a fractured ankle. Carlos Davis has not practiced for the past two weeks, and it is unknown as I write this whether or not he will this week.

It’s placed a lot of burden on third-year Isaiah Buggs, and has required others, including even Cameron Heyward, to try to fill in some of the snaps lost. While I’m not predicting that Ankou is going to be promoted to the 53-man roster any time soon, it gives them another option, and he does have more than 500 snaps of playing experience.

It could be especially valuable now if Davis is going to remain out, as he could be elevated the next two weeks to dress as the backup nose tackle, if necessary, without being promoted to the 53-man roster or risk being claimed off waivers.

Ankou spent time with the Atlanta Falcons and the Buffalo Bills in 2021, including two separate stints in Atlanta. He has been unsigned since the cutdowns at the end of August. He recently tried out with the Houston Texans, the team he originally signed with, and with whom he also had two separate stints.