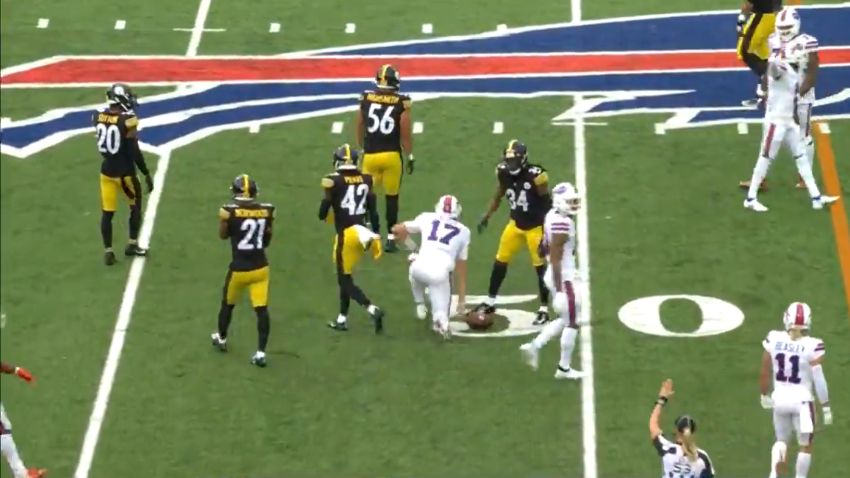 Bringing questions into the regular season is an inevitability, and not just because there are some things you can not determine until you start playing games that actually count. Teams also keep things off the books that they don’t have to reveal ahead of time because it serves them no advantage to do so.

Among the many things that we quickly learned about the Pittsburgh Steelers in Sunday’s debut against the Buffalo Bills was that they were going to put rookie seventh-round defensive back Tre Norwood on the field. He has opened the season as their nickel back, playing in the slot.

Figuring out the nickel personnel had been one of the Steelers’ most pertinent assignments this offseason, and the early favorite appeared to be second-year safety Antoine Brooks Jr., but he was waived during training camp after getting injured in the preseason opener.

The prevailing thought was that they would ultimately settle on James Pierre as their nickel defender, playing on the outside and pushing Cameron Sutton into the slot, something they wanted to try to avoid. It looks like they are still trying to avoid that, but Pierre has been used as the dime defender.

The Steelers, however, would not limit themselves to one look. There were also times, as the game advanced, that Arthur Maulet was on the field as the nickel defender. There were times that Minkah Fitzpatrick slid down to the slot and Norwood actually dropped back to safety.

Are they trying to figure out what package to settle on, or do they really want to use this many different looks? They have provided indications of both possibilities in their comments throughout the offseason. The answer is probably a little of both.

And Norwood appears set to remain a part of that answer. This is a guy the Steelers have been excited about since the draft. Tomlin announced him as a “Swiss Army knife” when he personally called his name on draft day, and he already played two positions in his NFL debut: Slot corner and safety.

They didn’t even ask that of Sean Davis when they drafted him in the second round in 2016, despite having similar flexibility in having played throughout the secondary at the college level. While he opened his rookie season in the slot, that is all he was asked to do, until he got injured and was put on the shelf.

As he recovered, they took him off the field and stuck him at safety before he re-emerged in the middle of the year, first rotating with Robert Golden at strong safety for two games before taking over the job. He never played both slot corner and safety simultaneously.

Of course, Norwood isn’t explicitly in line for a starting job, so that versatility is important in getting him on the field. But it’s also worth noting that it’s a way in which they are able to move Fitzpatrick around, despite the safety himself saying before the game that he likely wouldn’t. Not that players ever misdirect the media or anything…