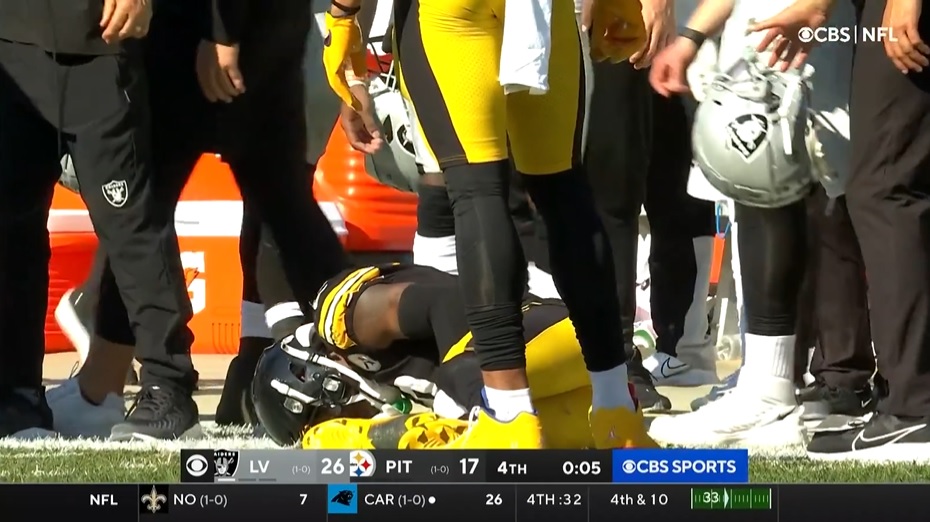 As if the Pittsburgh Steelers didn’t have enough injuries heading into and during the key moments of Sunday’s game against the Las Vegas Raiders, WR Diontae Johnson was injured on the game’s final play, a meaningless snap that saw Johnson holding his knee along the sideline. There’s some good news on that front. According to NFL Network’s Mike Garafolo, Johnson’s Week 3 status is unknown but he’s avoided a serious injury.

#Steelers WR Diontae Johnson did not suffer a serious injury yesterday, source says. His status for Sunday vs. the #Bengals is TBD but it’s not a long-term injury.

Johnson finished the day with a team-high nine receptions for 105 yards including a 41-yard grab down the left sideline. Through the first two games, he’s caught 14 passes for 141 yards and one touchdown. He’s also, unfortunately, dealt with knee injuries in each, getting hurt in the opener before returning later against the Bills while getting hurt at game’s end yesterday.

Mike Tomlin should provide an update on Johnson’s status during his Tuesday press conference. It’s fair to assume Johnson will at least miss time early in the week and right now, should be considered questionable for Week 3’s tilt against the Cincinnati Bengals.

Update (1:37 PM) Johnson posted this message to his Instagram story.