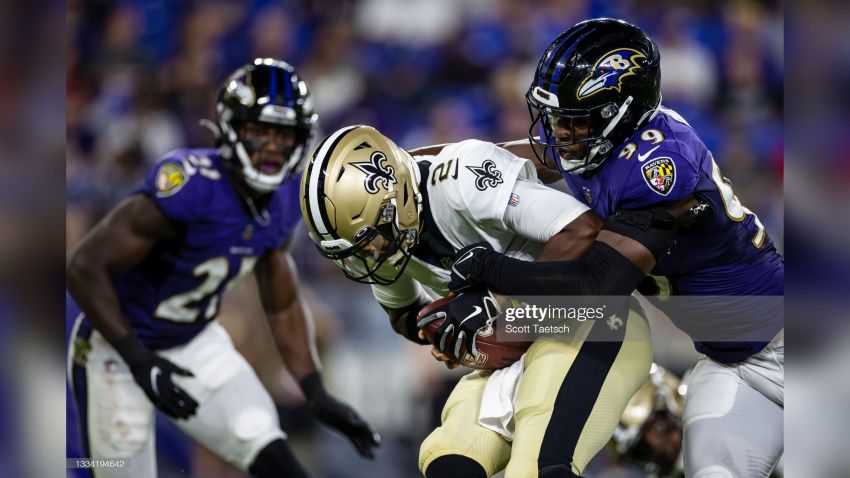 While the Baltimore Ravens currently have one rookie first-round pick sitting on the Reserve/Injured List, they have another whom they expect to play right away, and to have an impact. Edge defender Odafe Oweh will be a significant part of their pass-rush rotation right out of the gate, so say his coaches.

“We couldn’t be more pleased with where he’s at right now”, Ravens outside linebackers coach Drew Wilkins told reporters last week. “The thing that he has that not a lot of rookies do is he’s got that sense of urgency. He understands we have big expectations for him, from Week 1”.

Drafted 31st overall out of Penn State, Oweh was one of the true physically elite defensive prospects to come out of the 2021 draft class, though his lack of polish and production at the college level helped push him to availability at the end of the first round.

Of course, the exact pecking order is not going to strictly adhere to a depth chart listed on the team’s website. The Ravens have also historically had a clear preference to lean on a rotation on the edges rather than have one or two guys play 90 percent of the snaps, which means Oweh will be counted upon from the season opener on.

“This isn’t a project. This is a guy who’s going to come in and play for us right away”, Wilkins said. “Whether it’s the run game, whether it’s executing the defense, whether it’s his one-on-one pass rush, whether it’s two-on-two games, whether it’s anything that he needs to do to execute highly in our defense, he needs to be there now, and we feel great about where he’s at. [With] that sense of urgency, every rep matters, every day matters”.

According to Pro Football Focus, Oweh logged 59 defensive snaps for the Ravens during their three preseason games, a roughly even amount each week. He also added another 19 snaps on special teams, mostly on punt returns as a blocker. He only recorded one tackle, but more than two thirds of his snaps were pass rushes. For what it’s worth, the site graded him poorly in every phase.