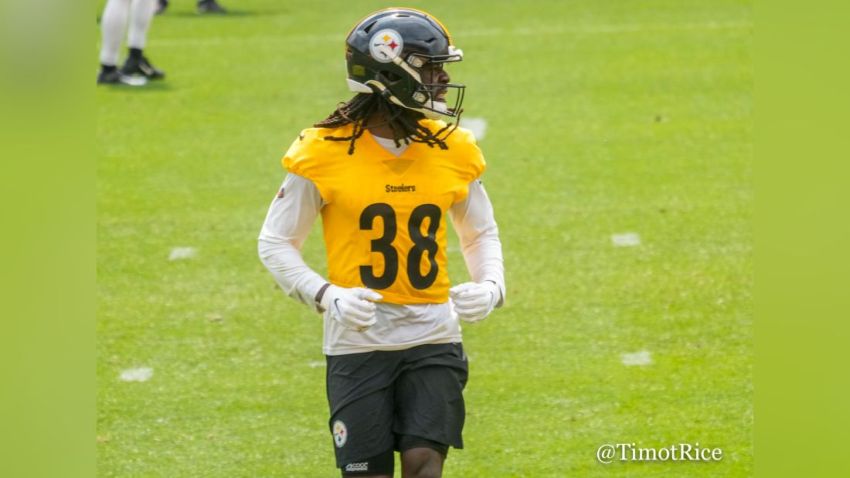 Along with the rest of the NFL, the Pittsburgh Steelers will be making their first preseason cuts by Tuesday at 4 p.m., needing to trim their roster from 90 to 85. Another five cuts will come one week from tomorrow with the final cutdowns, 80 to 53, by the end of the month.

Personally, I’m against the idea of making any cutdowns until the end, going from 90 to 53. The NFL had seemed to receive that message, doing so for the several years until last season when the pandemic compelled teams to go from 90 to 80 as training camp got underway.

Putting personal thoughts aside, the Steelers will be five players lighter by this time tomorrow. Here are my guesses on the five who get a meeting from “The Turk,” the guy who tells you coach wants to see and to bring your playbook.

Brandon Walton/OG — Walton has been running third-team left guard for all of camp. Small and not terribly athletic, this former tackle has been routinely overwhelmed at the point of attack in training camp. To his credit, his performance Thursday night against the Philadelphia Eagles was better than expected. But the offensive line is close to full health and they have 15 on the roster.

That’s a good number for the start of camp, giving teams three full lines but with just two games left and so much versatility on the roster, they don’t need that many the rest of the way. Walton loses out to Malcolm Pridgeon, whose spot shouldn’t be considered safe either. Walton also wasn’t at Saturday’s practice, so I wonder if there’s a chance he gets waived/injured.

T.J. Carter/DL — Few players see less reps in practice than Carter, a reserve lineman signed in the offseason. He’s worked as a third team nose tackle and defensive tackle but reps are hard to come by in a deep defensive line, even with Stephon Tuitt yet to practice in camp. Carter hasn’t shown much in the very limited chances he’s had, either. It’d be a shock to see him survive this first wave of cuts. He’s played seven defensive snaps

Pete Guerriero/RB — Guerriero has flashed his speed in camp and the preseason. It’d be unfair to say he’s played poorly. But he was signed when the RB group wasn’t healthy when Benny Snell and Kalen Ballage were out of the lineup. Those two are back, giving the team eight able-bodied running backs on its 90-man roster in addition to FB Derek Watt. They simply don’t need that many guys on the roster for the next two weeks. Guerriero loses out to Tony Brooks-James here.

Tyler Simmons/WR — The Steelers are pretty heavy at wide receiver, a healthy group with 11 guys on the roster. Odds are decent someone is going to go. These cuts are as much about the numbers game as it is player performance.

Simmons has made a couple plays in camp but has shown questionable hands. And though Mike Tomlin praised him one day in a camp special teams session, he’s hardly been used there the first two games. Five snaps across the first two games. He hasn’t been in the return game mix like Mathew Sexton or Isaiah McKoy, either. A guy like McKoy or Cody White could get the heave-ho, but Simmons seems to have the lowest value as a receiver/special teamer.

Stephen Denmark/CB — Probably the biggest surprise “name” cut and a guy I wouldn’t have put here two weeks ago. But Denmark failed to play a single defensive snap against the Eagles and played just four on special teams. Lafayette Pitts ran over him as RCB in the game (picking off a pass) and during Saturday’s training camp practice.

It’s unclear why Denmark has fallen out of favor, but it looks like he has. Cornerback is a deep room and generally healthy, so they can afford to release a guy here and have enough players to get them through, especially for the finale against Carolina.