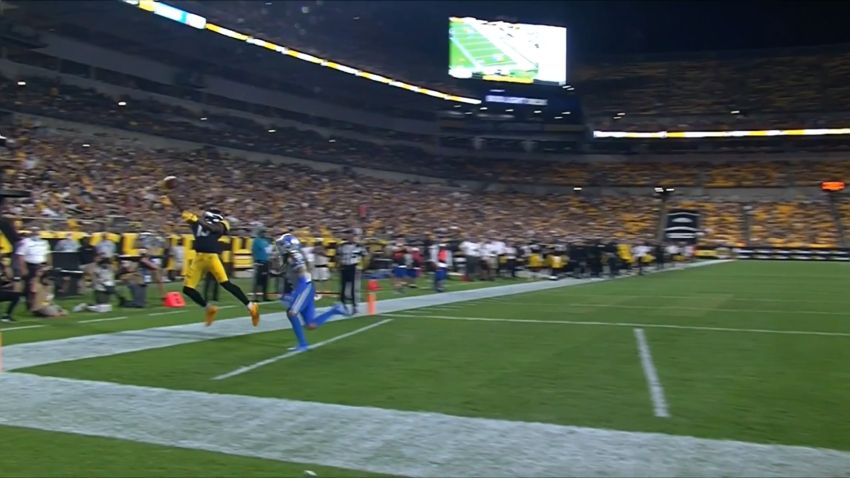 Pittsburgh Steelers quarterback Mason Rudolph put forth his best showing of the preseason game so far last week in game three for the team. He completed 13 of his 18 passes during the game for 138 yards. But one statistic that remains conspicuously absent is touchdowns. Not just touchdown passes, but touchdowns, period, on the drives that he has commanded.

On three drives, he did lead the offense to points each drive, setting on a trio of field goals following drives spanning 55, 93, and 42 yards. The second drive was the most frustrating, achieving goal-to-go from the four only to fire off three straight incomplete passes, first to James Washington, then to Eric Ebron, and then to Pat Freiermuth. None of them were realistically in a spot to be caught. He also just missed on a shot into the end zone to JuJu Smith-Schuster from 17 yards out on 3rd and 2.

“We had some good calls”, Rudolph said after the game about that red zone sequence, and the red zone work altogether, during his post-game interview, which has not been made available. “I could’ve put the ball a tick outside to JuJu, I think he had a chance to make a play. Just a little outside to James on his fade there but it’s a matter of a game of inches. We’ll keep working to connect on those balls”.

Rudolph is in his fourth season since being selected in the third round out of Oklahoma State. He has started nine games in his career, completing 201 of 326 pass attempts for 2089 yards, with 15 touchdowns to 10 interceptions. He threw nine touchdown passes over the course of his first five games of action, which included his taking over in the second half of the Seattle Seahawks game in week two in 2019 after Ben Roethlisberger was injured, tossing two touchdowns.

He started one game last season, the regular-season finale against the Cleveland Browns. Albeit in a losing effort, he completed 22 of 39 pass attempts for 315 yards and two touchdowns, though he also had a pass intercepted.

It is unclear whether or not the coaching staff is really viewing the backup quarterback competition as open, given that they have consistently given second-team work to Rudolph, with Dwayne Haskins always coming into games behind him. I believe there was only one practice in which Haskins got some snaps with the first-team offense in a two-minute drill.

Ordinarily, this would be a contract year for Rudolph, but the Steelers signed him to a one-year extension this offseason, making sure that he is under contract for 2022. Roethlisberger’s contract will expire after this season.