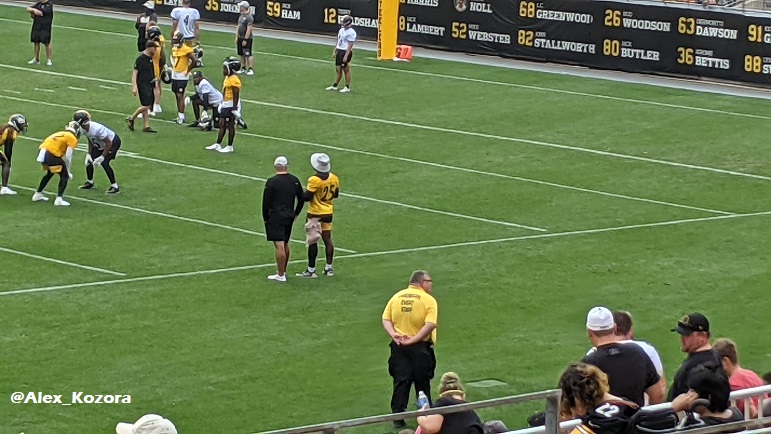 As expected, second-year defensive back Antoine Brooks Jr. cleared waivers on Wednesday after being waived as injured by the Pittsburgh Steelers on Tuesday, according to the NFL’s daily transaction sheet. Now that Brooks has cleared waivers, he has reverted to the Steelers’ Reserve/Injured list on a split salary.

What’s going to happen with Brooks now? First, we’ll need to wait and see he gets waived from the Steelers’ Reserve/Injured list with an injury settlement in the next seven business days. If that’s what ultimately happens, it’s quite possible that the 2020 sixth-round draft pick out of Maryland circles back to the team later in the 2021 season after six weeks plus his injury settlement length expires.

Brooks, however, did finish the 2020 regular season on the Steelers’ 53-man roster. Through the final 10 games of the 2020 season, Brooks played in four games, while dressing but not seeing action in three others. He was a game day inactive twice during that span and was also in street clothes for the Steelers lone playoff game last season. In total, Brooks played 29 defensive snaps as a rookie in 2020 in addition to logging 10 total special teams snaps. He was credited with two total tackles in 2020 with both coming in Week 10.

When training camp started this year, Brooks was believed to be a leading candidate to become the Steelers new staring nickel slot cornerback. However, after playing in the Steelers Hall of Fame preseason game against the Dallas Cowboys, Brooks has remained sidelined with a possibly left leg or thigh injury.