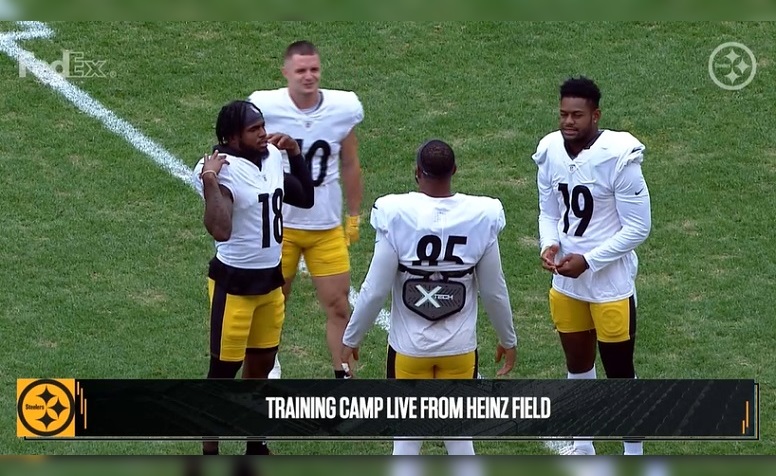 Today is the final day of Pittsburgh Steelers’ training camp before the pads come on. The first couple days are valuable, a strong foundation to get ready for the season. But starting Wednesday, everything matters a whole lot more.

In just shorts and shells, training camp feels like an extended version of OTAs. The intensity, the urgency, the competition, they’re not NFL-level. For rookies, they still don’t quite know what the league is all about and the next level everyone has to elevate their game. But they’re about to find out.

The second team session is a run session. Full-contact, live tackling (aka going to the ground). There’s a switch that gets flipped immediately. After that session comes backs on ‘backers, a highlight of camp. And usually the rest of practice is still intense though often toned down a bit to “thud” tackling (not taking anyone to the ground).

Most teams shy away from the idea. The Steelers embrace it. As Mike Tomlin famously says, he doesn’t live in his fears. Fears of injury or any other unintended consequence. Speaking to reporters Sunday, he sounded excited as anyone to get going.

“We’re really excited about bringing this rev up portion of team development to a close,” Tomlin told reporters via a team transcript. “Players get an off day, we come back, we go over to Heinz Field, and that really kind of signifies the start of training camp, if you will. We’re going to kind of turn the volume up.”

As Tomlin has said in season’s past, lots of players look good in shorts. Receivers don’t have to worry about getting plastered by a safety over the middle of the field. Running backs know they won’t get popped by a linebacker as they burst into the second level. It’s a whole lot easier to evaluate the trenches when both sides are unleashed. We’ll be there tomorrow to take it all in.

And a week from Thursday, the Steelers will square off against their first opponent when they take on the Dallas Cowboys in the Hall of Fame game.