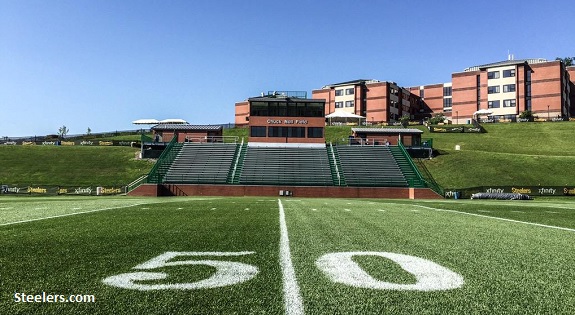 Question: Do the players even care about going to Latrobe?

It came as a blow to many fans when the Steelers announced earlier this offseason that they would not be returning to Saint Vincent College in Latrobe to hold their training camp practices this year, citing a rejected plan to accommodate changes dictated by the league’s COVID-19 protocols.

While that doesn’t rule out resuming their long relationship next year, it does make you wonder: What do the players think about this? You can find enough of them to give good soundbites about what it means to go away for camp and all that for a video on the team’s website, but all in all, do they want to go?

There are plenty of downsides, when you think about it. For starters, you have to live in a dormitory for a month, although this aspect could be altered by moving players to a hotel or other accommodations. But either way, you’re living away from home, and you don’t have the freedom that comes with being in your own home. And if you have a family, and actually like your family, that’s a big problem.

There are certainly players who will be open about not caring to go away for training camp, and some Steelers have—and it should be noted that the team can just as easily have fans come into Heinz Field as they can to Chuck Noll Field. But if players had the opportunity to vote about where training camp would be, how many hands would go up for Latrobe?