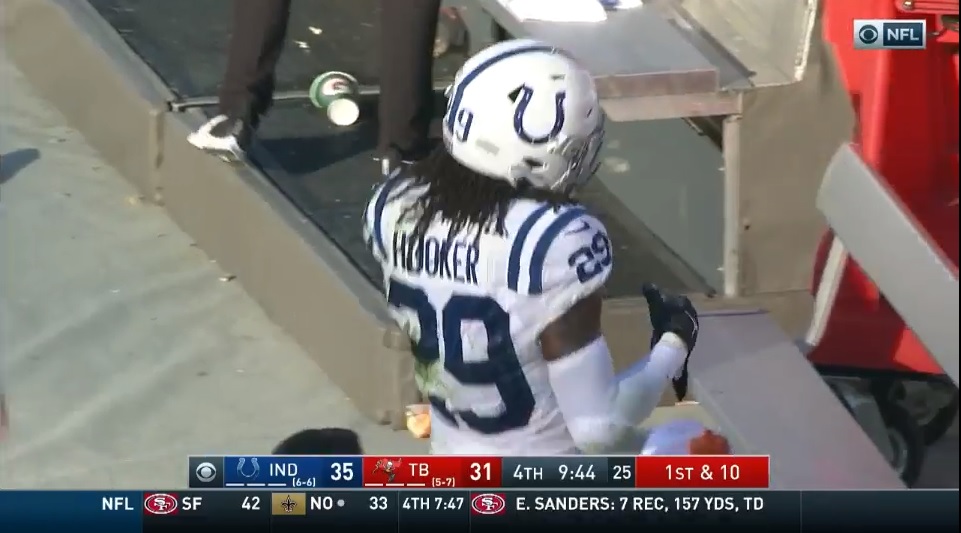 If we were to go off of his Instagram post from Thursday morning, it would be easy to assume that free agent safety Malik Hooker was in Pittsburgh to visit the Steelers.

However, Hooker — a New Castle, PA native — could have just been returning home, so it was never safe to assume from the IG post itself. That all changed Friday morning though as NFL Network Insider Ian Rapoport reports that Hooker was in Pittsburgh to visit the Steelers.

Hooker, a former first-round pick in 2017 by the Indianapolis Colts, has dealt with a number of injuries throughout his career and is currently working back from a torn Achilles that knocked him out of the 2020 season after just two games. In 36 career games with the Colts, Hooker recorded seven interceptions and 11 pass deflections, adding 124 tackles in the same span.

Coming out of Ohio State, Hooker was viewed as the next great centerfield-type safety with impressive sideline-to-sideline range from the deep safety position. He quickly showed that skill in the NFL as a rookie in 2017, recording three interceptions, but injuries hit and he never found that rookie season consistency, eventually leading to the Colts declining his fifth-year option, making him a free agent.

Hitting the open market, Hooker has also visited the Miami Dolphins and Dallas Cowboys this off-season, as Rapoport states.

Though the Steelers don’t historically bring in outside free agents this late in the off-season, there’s a clear need for a third safety on this roster with NFL experience. Hooker would provide depth at free safety behind Minkah Fitzpatrick, and could allow the Steelers to experiment defensively with three safeties on the field due to his ability in coverage on the back end.

As it stands today, the Steelers are $6,999,106 under the salary cap for 2021 with rookie center Kendrick Green still yet to be signed, as our own Dave Bryan pointed out Thursday. While there seems to be room under the cap on paper to add Hooker on a veteran minimum deal, much of that salary cap space is already accounted for.

There remains the possibility that Hooker and the Steelers come to terms, but the team historically doesn’t make many roster moves this late, especially one that could have as much significance as Hooker could have.