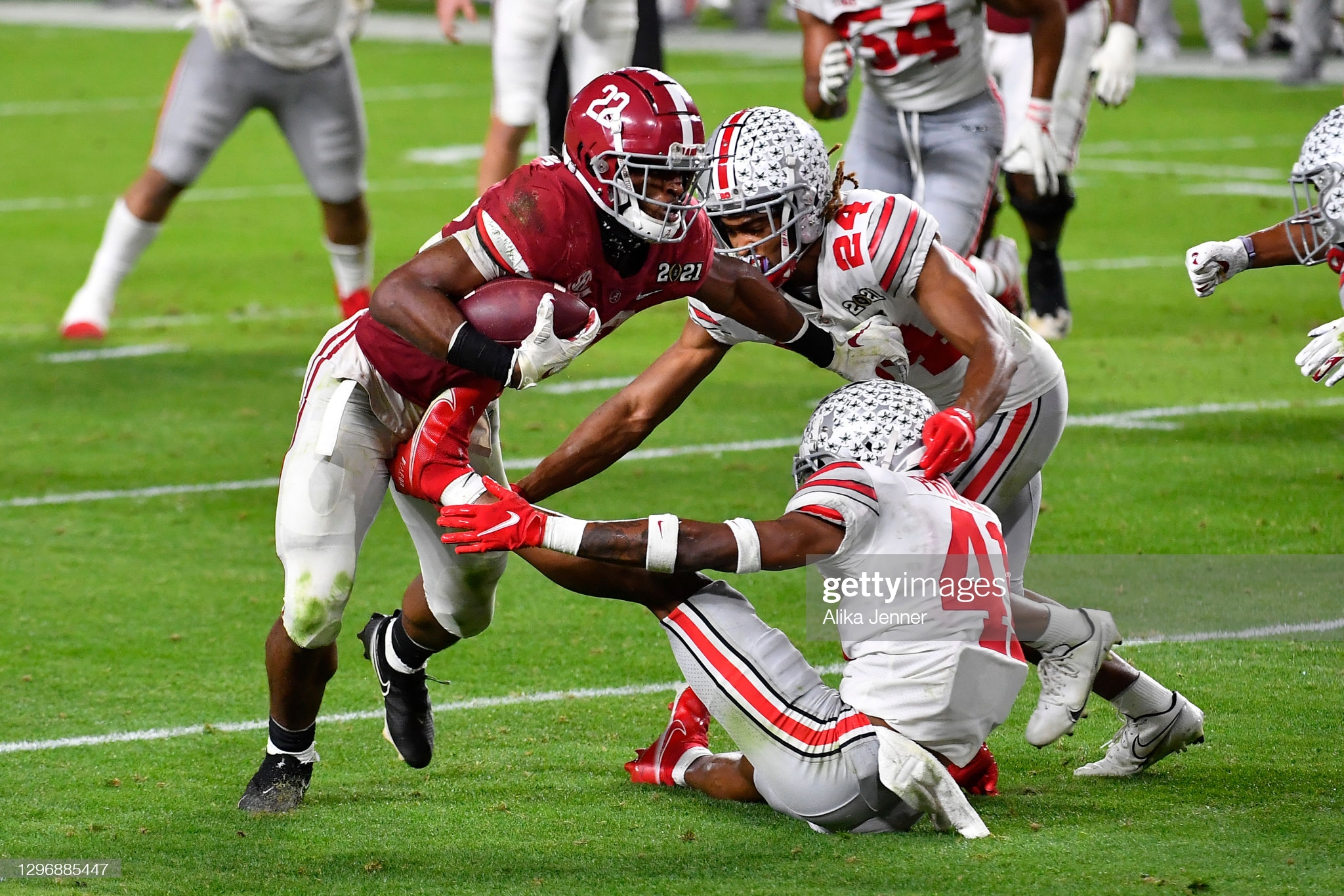 Shaun Wade was a name that a lot of people were waiting to hear over draft weekend. The Ohio State cornerback was trending toward making himself a first-round commodity before struggling during the 2020 season. Ultimately, it translated into his being selected in the fifth round, by the Baltimore Ravens.

Wade really struggled in particular, or at least on the largest state, when the Buckeyes played Alabama contending for the college National Championship. While it wasn’t all his doing, the defense allowed wide receiver DeVonta Smith to eclipse 200 yards through the air, with three touchdowns.

“I’ve had a chip on my shoulder since the 2020 season at the end of that [with] the things that I’ve been through and stuff,” he said. “I’m always going to come in with a chip on my shoulder regardless. I know what I’m going to do on the field. I know what I can do. I know my smarts and my talent. Like everybody said, they know I have first-round talent, and I know I have first-round talent.”

He joins what remains a deep position for the Ravens, with Marcus Peters and Marlon Humphrey starting on the outside, accompanied by Tavon Young and, for perhaps one final season, Jimmy Smith. They also have a veteran in Anthony Levine and a young fourth-round pick in Iman Marshall, who was injured last year, among others.

But they clearly see him as a player who has a lot more natural talent than his draft stock would indicate, and are hoping that he’s going to wind up a steal. Will he play back to his prior form, even more motivated following his struggles and fall in the draft?

Changes are, he will have to wait his turn. They are already very comfortable with their top four here, but Smith, aged 32, is very likely gone after this season. He is already a player they have cut and re-signed for cap purposes. Still, he’s prepared to do anything to get on the field.

Landing on players like Wade in the fifth round, if he really turns out to be who they think he is, really cements a draft class and forges depth for years. And cornerback is one of those positions where you can never have enough.