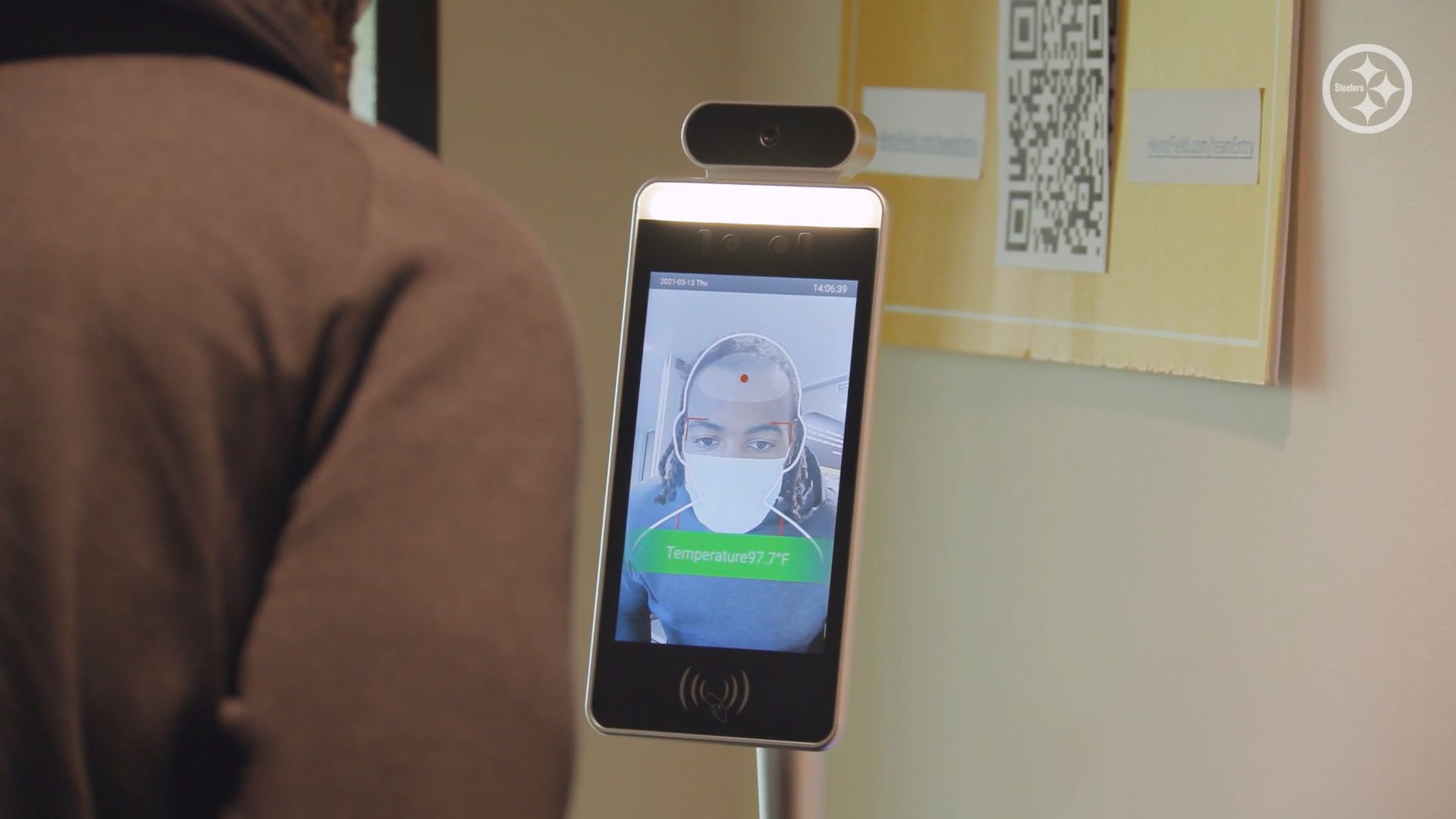 The Pittsburgh Steelers’ rookie minicamp begins today, an event that last year’s class missed out on due to the pandemic, and as best as we can tell, the team is anticipating having full attendance, at least of their true rookies, between their draft picks and college free agent signings.

Yet a brief tour around the league provides us with a sobering reminder of the fact that the NFL is still going to be dealing with Covid-19 this season, to one degree or another, as several rookie minicamps have already been impacted by individuals testing positive.

The Detroit Lions’ first-round draft pick, tackle Penei Sewell, for example, learned this past week that he has tested positive, and as a result, he will not have the opportunity to attend the minicamp in person. Another first-round draft pick, cornerback Caleb Farley, also tested positive prior to the draft, which required him to forego his plans to attend the draft in person.

Perhaps most notable in terms of its actually affecting a minicamp event is the situation in Washington. After one of the WFT’s rookie tryout players ultimately tested positive for Covid-19, attendance was limited only to this year’s draft picks, and first-year players who were on their roster last season.

As a reminder, all rookies and first-year players (those who have not recorded an accrued season) are permitted to attend rookie minicamps. For the Pittsburgh Steelers, that would include players like Jarron Jones, Kevin Rader, Tegray Scales, and Anthony Coyle, so that’s fairly notable.

While there were restrictions placed on tryout players this year, limited to I believe five, that marked another reduction of the group for Washington, whom I would suspect probably only ended up with about two dozen or so individuals in attendance as a result.

Outside of players, Chicago Bears head coach Matt Nagy was just deemed a high-risk close contact of a family member who has tested positive for Covid-19. While it was noted that he is in the process of becoming vaccinated, his timeline was not yet completed, so he would be subject to protocols that would keep him away from the team for a period of time. Los Angeles Rams general manager Les Snead also tested positive during the draft, and had to conduct his business virtually.

That’s five separate stories of NFL players and personnel testing positive just over the course of the past few weeks. Elsewhere, in baseball, the New York Yankees are experiencing ‘breakthrough’ cases on their roster, including Gleyber Torres, who reportedly not only had previously contracted the virus before, but was also subsequently vaccinated.

While the nation has made great strides in recent weeks and months, clawing our way back toward normalcy, recent events serve as a reminder that we are likely to continue to see some repercussions during the season due to the virus, though certainly, I would hope, not nearly as drastic as last year.

Please bear in mind that when discussing this topic, Steelers Depot is not the venue through which to engage in political controversies. Regardless of what positions you may hold on any related matter, we ask that you stick to the subject addressed in the article and remain respectful to the site and your fellow members.