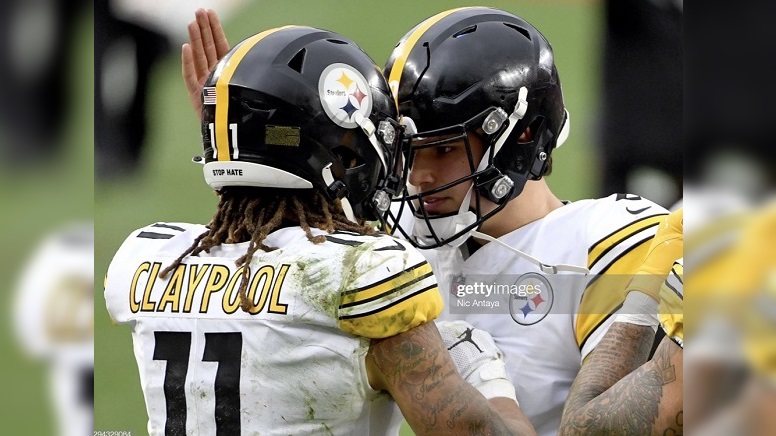 Pittsburgh Steelers second-year wide receiver Chase Claypool has made quite a few stops around the country this offseason as part of his training regimen. As part of that, the Notre Dame product remains active documenting his journeys on his various social media accounts.

Recently, Claypool posted some video of him getting some work in with Steelers’ quarterback Mason Rudolph and Indianapolis Colts wide receiver Michael Pittman Jr., a USC product who was also a member of the 2020 draft class. Those video clips were filmed in California, and former NFL wide receiver T. J. Houshmandzadeh was also apparently on hand for that particular session, as well.

Claypool only played sparingly with Rudolph during the 2020 season. Most of that came in the regular season finale against the Cleveland Browns. In total, Rudolph targeted Claypool 12 times last season and completed six of those passes for 102 yards and a touchdown.

For his rookie season, Claypool, the Steelers’ first draft selection in 2020 at 49th overall in the second round, caught 62 total passes for 873 yards and nine touchdowns. The Notre Dame product also chipped in two rushing touchdowns during the regular season. Claypool topped everything off with five receptions for another 59 yards and two touchdowns in the Steelers’ Wild Card playoff loss to the Browns.

Recently, Claypool posted more video of him training with Rudolph and Pittman on his social media accounts. You can watch those below.

WR Chase Claypool is working with QB Mason Rudolph in the offseason per his IG post. #Steelers pic.twitter.com/piW24WJzB8