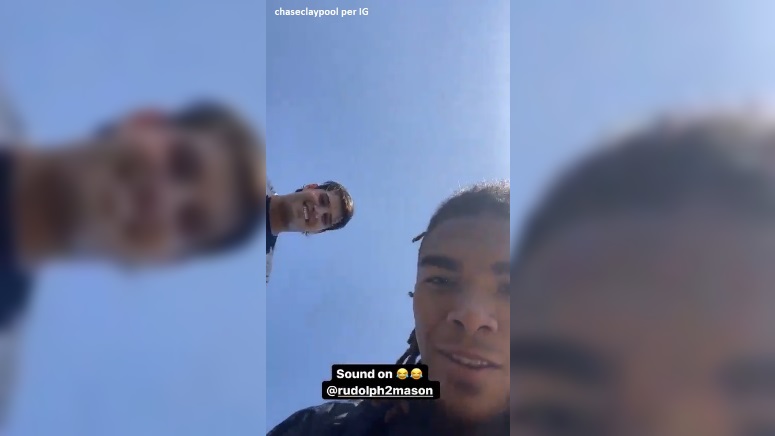 Pittsburgh Steelers wide receiver Chase Claypool is making the rounds this offseason and seems to be training in various spots across the country in the process. On Tuesday, Claypool posted video on Instagram that shows him working with several notable players.

Per Claypool’s video, he is working recently with Steelers quarterback Mason Rudolph, and Indianapolis Colts wide receiver Michael Pittman Jr. Also in the video is former NFL wide receiver T.J Houshmandzadeh, who he has trained with quite a bit previously.

Pittman was a rookie in 2020 like Claypool was. In fact, it seemed the Steelers had quite a bit of interest in Pittman, a USC product, during last year’s pre-draft process.

Mason Rudolph asked Chase Claypool if this is a TikTok video he is shooting. 😂 #Steelers pic.twitter.com/ji53qcP2gQ