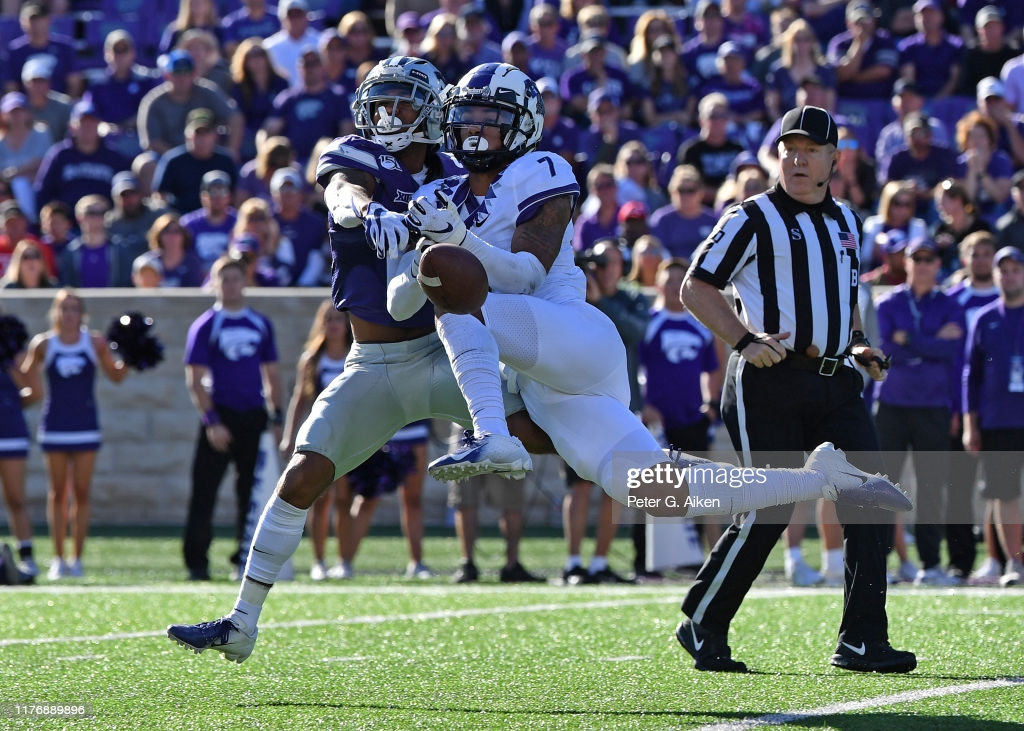 One piece of noteworthy Pro Day news yesterday we wanted to share with you guys. TCU safety Trevon Moehrig told reporters he has meetings scheduled with the Pittsburgh Steelers. And at his Pro Day yesterday, senior assistant/de facto DBs coach Teryl Austin was in attendance.

TCU S Trevon Moehrig at his Friday pro day: "Yes, I have talked to the Steelers. Like I said before, I have a couple more meetings scheduled with them, too, so I'm looking forward to it." #Steelers

Moehrig, the #1 rated safety by NFL Network’s Daniel Jeremiah, ran a 4.50 40 with a 33 inch vertical. Not exactly eye-popping numbers but Moehrig reportedly was battling a back injury that hampered his workout.

“I definitely feel comfortable and confident playing in the slot,” he told reporters in an interview provided by TCU’s Assistant Communications Director Mark Cohen. “Like I said earlier, being at TCU, they put me in a lot of positions, especially coming down in the slot and covering man. So, I feel really confident, really comfortable. They’ve showed me a lot, especially in technique. And then just eye discipline, just trusting what you’ve been practicing. Trusting what you see on film, trusting your leverage. a lot of things go into it so I think just going into each day that’s something your improve on in practice.”

Moehrig is expected to be a first-round pick. According to NFL Mock Draft Database, on average, he is selected 31st overall. That would likely have him on the board for the Steelers at #24. The Steelers have more holes in the secondary exiting free agency than they did before it began. Mike Hilton signed with the Cincinnati Bengals and CB Steven Nelson isn’t likely to be with the team much longer. Assuming Cam Sutton will be in a more static role in 2021, the Steelers could use a versatile defensive back.

Here’s what our Wesley Cantliffe wrote about Moehrig in his draft profile.

“I think Moehrig could shine as a free safety in a system that allows him to play fast and instinctively (the Pittsburgh Steelers put Minkah Fitzpatrick in position to immediately play like this when they acquired him from the Miami Dolphins via trade in 2019).”

Still, history strongly suggests whoever their first round pick ends up being will be a player Mike Tomlin and Kevin Colbert personally watched at a Pro Day. To our knowledge, Tomlin nor Colbert were there for the Horned Frogs’ workout.

Even if Moehrig isn’t their pick, the team could look at safety Ar’Darius Washington on Day Three. He’s another versatile defender who plays the run hard. The big knocks on him are a lack of size and speed, a dubious combination trying to make the jump to the NFL.

Below are our reports on Moehrig and Washington.