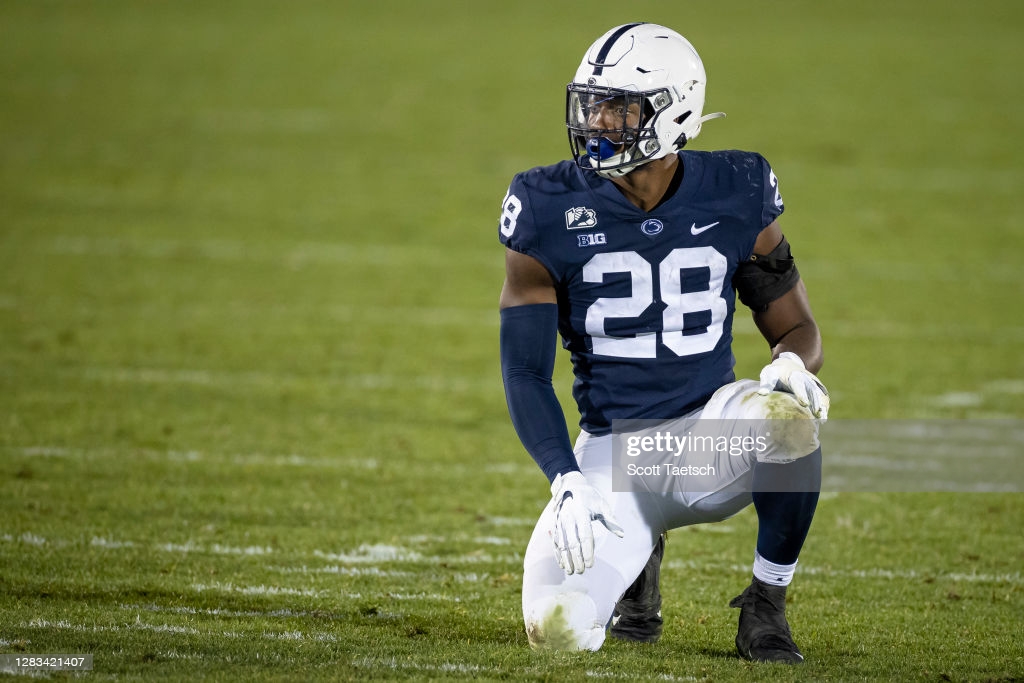 It’s worth pointing out NFL teams talk to hundreds of players during the draft process. Especially in a year without the Combine and a centralized location to talk to the top 300 players. But it’s also important for us to keep track of who Pittsburgh’s communicating with during draft season. Every piece of information helps this time of year.

In Zoom interviews following their Pro Day workouts today, we know several other names who’ve spoken to the Steelers in some capacity in addition to Penn State TE Pat Freiermuth, who we wrote about this afternoon.

The common theme between all these guys? Athleticism. Parsons and Oweh are two of the freakiest guys in the draft, both running in the 4.3’s. Oweh was clocked in at 4.36 at 257 pounds while Parsons ran 4.35 at 246 pounds. Elite numbers for both guys and even if you assume those Pro Day numbers are a little hot/fast, the low 4.4’s are still incredible.

Eskridge also ran in the 4.3’s though told reporters his goal was to crack the 4.2’s. He reminds me of a faster Diontae Johnson. He also has the unique perspective of being a two-way player in school, playing CB throughout his college career, offering important perspective now that he’s at receiver.

“Cornerback helped me moreso at receiver than receiver did at corner,” Eskridge said. “Realizing some of the vulnerabilities when it comes to DB because the receivers always have the advantage. Because as a DB, I never knew what a receiver was doing…me being able to attack blind spots, how to get open under pressure.”

Moore replaced Chukwuma Okorafor as Western Michigan’s left tackle. He said not only does he still keep in contact with Okorafor, they’ve also trained together. He described how Okorafor helped him prepare to take over his role.

“Just everything that he knew,” Moore said. “I would just be a sponge. I still talk to him to this day. Worked out numerous times before the previous season. He’s my dude. I talk to him whenever I need something. And he’s definitely willing to listen and show me the ropes.”

Moore will probably be long gone before the Steelers consider taking a receiver. Ditto with Eskridge. Check out our player profiles on Oweh, Moore, Eskridge, and Moore below.