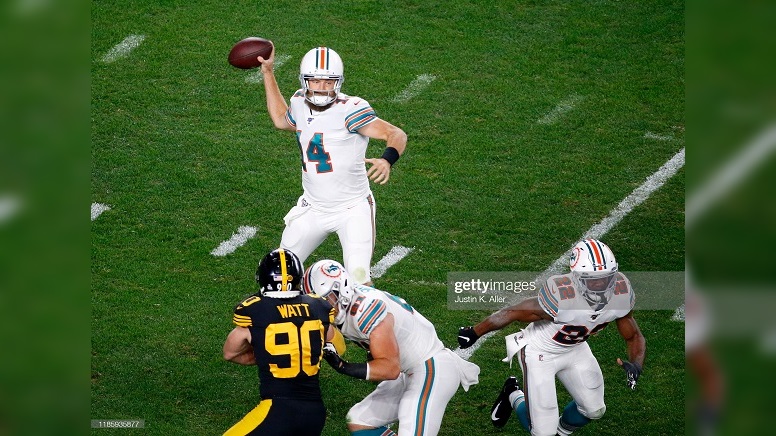 The 2021 free agent signing period will get underway in less than two weeks from now and it certainly will be interesting to see which players land where after the smoke finally clears after the first month of the new leaguer year. As is usually the case this time of year, several major media outlets are now speculating which soon-to-be unrestricted free agents are best fits around the league. On Thursday, Seth Galina of Pro Football Focus released his list of best fits for all 32 teams via an insider article on ESPN.com and has an interesting selection for the Pittsburgh Steelers.

Dubiously enough, Galina has veteran quarterback Ryan Fitzpatrick as the best fit for the Steelers in free agency this offseason and below is reasoning for thinking that.

The Steelers desperately need a backup who can change the offense if Ben Roethlisberger decides to play quarterback the way he did in 2020. Maybe a full year removed from the elbow injury will get Ben back to his old ways, but this move gives them a contingency plan and a quarterback who might actually want to throw it past 10 yards. He’ll also be comfortable holding on to the ball and finding space in the pocket to make a big throw downfield instead of getting rid of it as quickly as possible, as Big Ben did last season.

Fitzpatrick will be 38 once the 2021 season gets underway so there’s that to start with. On top of that, unless Fitzpatrick would agree to play for the veteran minimum in 2021, there’s no way the Steelers would be able to afford to sign him. Lastly, the Steelers still seem very committed to backup quarterback Mason Rudolph at least for one more season. On top of everything else, the Steelers signed another quarterback just a few weeks ago in former first-round draft pick Dwayne Haskins and you can’t entirely rule out the possibility of them spending an early-round selection on another quarterback in the 2021 NFL Draft.

There is another player on Galina’s list of 32 teams worth talking about, however, and that player is Steelers wide receiver JuJu Smith-Schuster. Galina has Smith-Schuster as the best possible free agent fit for the Arizona Cardinals this offseason and below is his reasoning for thinking that.

His game fell off a bit in 2020, and it remains to be seen whether he can be a true No. 1 receiver, but the beauty is that he won’t have to be the top guy in Arizona. Smith-Schuster posted an 81.8 PFF grade as Antonio Brown’s understudy in Pittsburgh in 2018, but that number fell to 63.1 in 2019 and 70.0 in 2020. Becoming a secondary option again might do wonders for both JuJu and the Cardinals in the make-or-break year for the Kliff Kingsbury era.

Smith-Schuster to the Cardinals in free agency certainly makes a lot more sense than Fitzpatrick to the Steelers does. While Smith-Schuster, who is expected to have a free agent market price of around $17 million per year if he remains unsigned these next two weeks, certainly would like to stay with the Steelers this offseason, him ultimately signing with a team out west and thus closer to his home state of California would certainly make a lot of sense. Could you imagine Smith-Schuster playing opposite wide receiver DeAndre Hopkins in Arizona? What a duo those two would be. Will the Cardinals be able to afford Smith-Schuster in free agency after signing defensive end J.J. Watt earlier this week? I think it’s certainly possible from a salary cap perspective.

In closing, Galina’s selection of Fitzpatrick to the Steelers appears to be the most outlandish one of the 32 he made. Go figure.