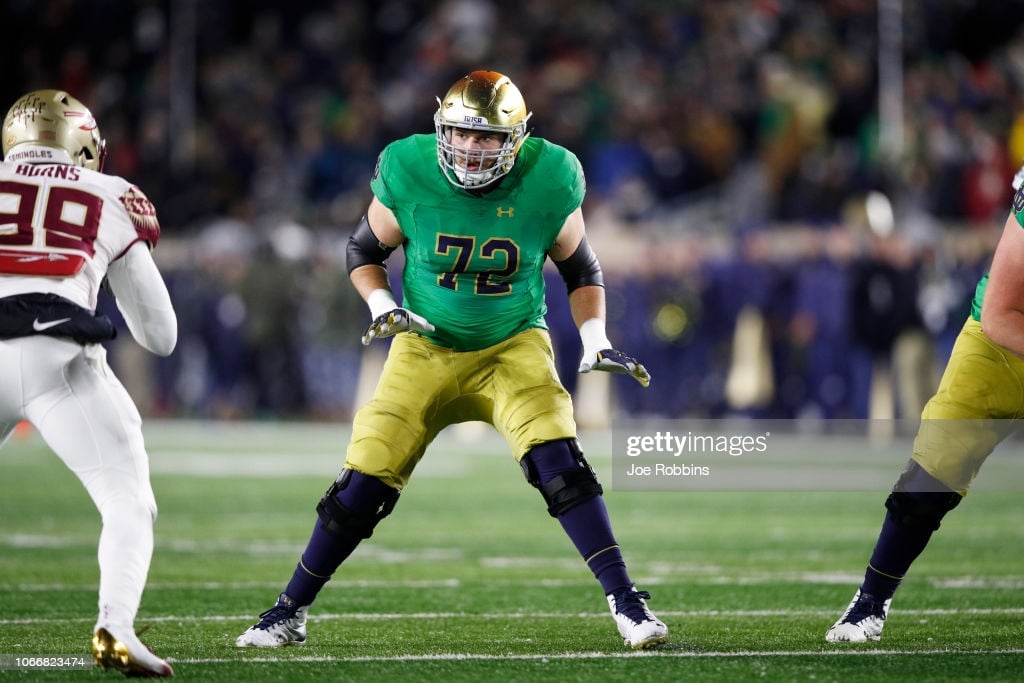 In a pre-Pro Day Zoom call Monday, Notre Dame OL Robert Hainsey said he met with the Pittsburgh Steelers, including GM Kevin Colbert, during the Senior Bowl. To be fair, teams met with virtually every prospect in Mobile but it’s always notable when the GM is having a conversation with a prospect.

Here’s how Hainsey measured in at the Senior Bowl.

Measured in at the Senior Bowl at:

Hainsey grew up in Pittsburgh and attended Gateway High School before moving to Florida. He didn’t divulge many details about the meeting but said Colbert asked him what his favorite pizza place was. His answer? Mineo’s. Which automatically makes him a draftable prospect in my book.

We don’t have a draft profile on Hainsey yet though he was included in our Day One notes in Mobile. Here’s what we wrote.

“– Thought Oklahoma center Creed Humphrey and Notre Dame guard Robert Hainsey had nice days. On one run to the right, Humphrey reached the DT while Hainsey climbed and stuck to the linebacker at the second level. Opened up a lane for the running back.”

Hainsey isn’t one of the top offensive linemen in the draft but he’s among the most versatile. He has experience at tackle, guard, and at the Senior Bowl, worked at center as well. He regarded his football IQ and smarts as among his strongest attributes.

NFL Mock Draft Database has Hainsey as an aggregate 5th round pick. The Steelers value versatility with their backup linemen and Hainsey’s resume would fit that skillset.