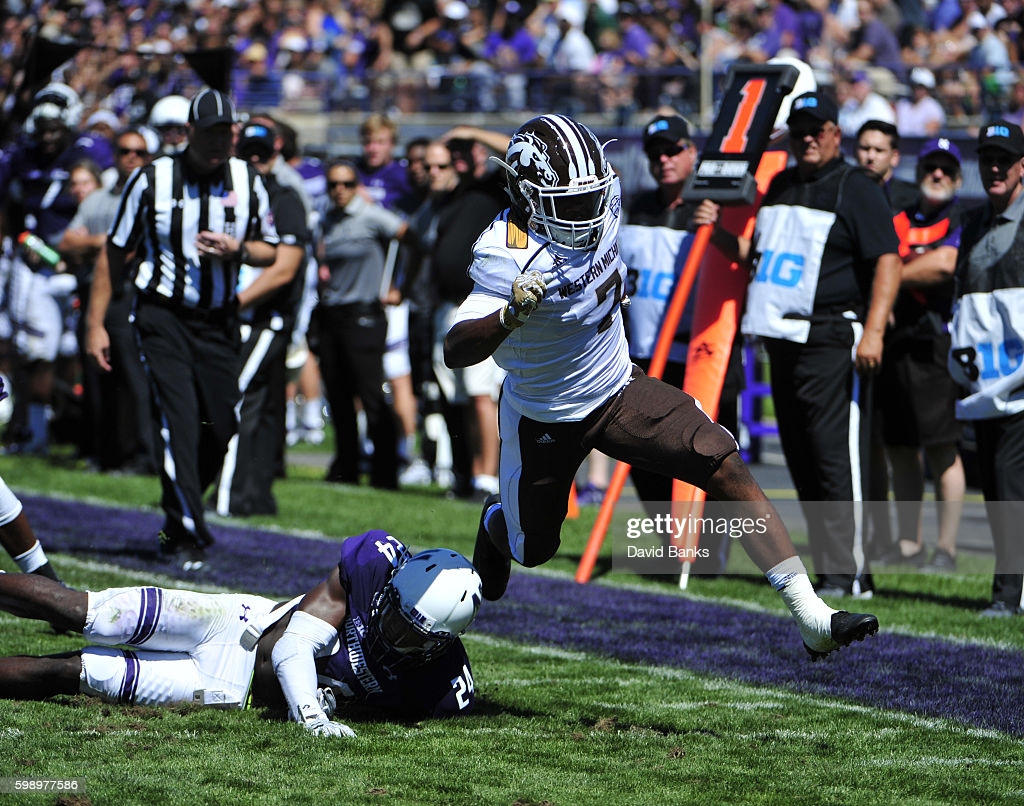 While we can’t be in Mobile, Alabama for the 2021 Senior Bowl, we’re still able to bring you guys some insight into what’s happening down there. We’re fortunate enough to still have access to the All-22 tape of yesterday’s practice.

Below are our notes of what stood out. Broken down by American and National Teams.

American Team (Coached By The Panthers)

– We highlighted East Carolina’s D’Ante Smith in our weigh-in report but he had one of the rougher practices of the day. To be fair to him, he was moved to RG after playing tackle at ECU. And he looked like a guy trying to learn the position. Generated movement in the run game in team drills but struggled in pass pro. On one rep, he didn’t stay square to the LOS, had a soft inside shoulder, and gave up a pressure to Houston’s Payton Turner. And I have Smith down for two more losses in pass pro the rest of the day in team session. But again, context of the position change is important.

– Spent a good deal of time watching Alex Leatherwood in team and 1v1 drills. He was the guy I mocked to the Steelers in my first crack at things on Monday. Leatherwood had a nice rep here in team against the LDE. Recovered after missing initially with his punch to win the battle and seal his man.

He also had a nice win in his first OL/DL rep, sealing the edge and riding the DE upfield. But he did struggle the rest of that session, getting chopped past by the DL on one rep and then missing his punch and getting knocked back by Baylor’s William Bradley-King the next.

– Also focused in on his teammate Deonte Brown. He did a good enough job in 1v1, maintaining his base, moving his feet, and giving up ground against bull rushes so he could stall them out. But he didn’t look great in team drills. Here’s how his first couple of reps went.

And later on, he couldn’t redirect and pivot to the LB on a combo block when he climbed to the second level. I’m just not as high on him as other people seem to be.

– Did see Michigan RB Chris Evans make one bad read. Bounced a run to the outside when he should’ve stayed vertical and upfield. Wasn’t patient with his blocks as the RT worked to the LB.

– Recurring issue with QBs all days. Center-quarterback exchanges. Multiple botched snaps that slowed up the rhythm and flow of the session. And I think QBs got skittish. Texas A&M’s Kellen Mond and Wake Forest’s Jamie Newman took a long time getting away from under center. New concept for a lot of these guys who primarily played out of the gun, not to mention working with a brand new center. Watch how slowly the QB gets away here. Almost feels like a false start but it isn’t.

– Like the quickness and change of direction from North Carolina RB Michael Carter. Good ankle flexion and burst out of his cuts.

– Thought Oklahoma center Creed Humphrey and Notre Dame guard Robert Hainsey had nice days. On one run to the right, Humphrey reached the DT while Hainsey climbed and stuck to the linebacker at the second level. Opened up a lane for the running back.

– Tennessee’s Trey Smith is a big dude who plays with good technique. Denies the initial club and the inside counter in this 1v1 rep.

– Two receivers who caught my attention. Wake Forest’s Sage Surratt had a nice grab against man coverage down the right sideline. Made a twisting catch over his head. He may have been unable to get both feet down but secured the football, showing good hands, tracking, and body control.

– Western Michigan’s D’Wayne Eskridge earned plenty of buzz from draftniks. On my favorite rep, he wasn’t even targeted. But love this inside release to beat Oklahoma State’s Rodarius Williams and stack him vertically. Check it out, bottom of the screen.

– UCLA’s Osa Odighizuwa had one really nice rep in practice. Beat backside cutoff block to knife in backside and chase the RB from behind, tagging him up and preventing the cutback. Only 6’2 but long, 34 inch arms.

– Potential small school sleeper along the offensive line. North Dakota State’s Dillion Radunz has good play strength and ability to stall out bull rushes, even when he gets out-leveraged and uprighted. Made 32 career starts for the Bison despite NDSU playing just one game in 2020.

– Linebacker Tony Fields from West Virginia caught my attention as a run-and-hit player. On one zone play, he flowed perfectly, beat the block of left tackle James Hudson, got square in the hole and thumped the running back (no full tackling in these sessions).

– Boston College TE Hunter Long made a nice sliding catch on a boot at the end of one team session.

– DB play was tough to gauge because of all the soft zone they were running. But Cal CB Camryn Bynum had a nice finish after giving up a slant, rallying to punch the ball out from behind Notre Dame wideout Ben Skowronek. Bynum has nice size at 6’0, 193, was a four-year starter for the Golden Bears and a two-time captain.