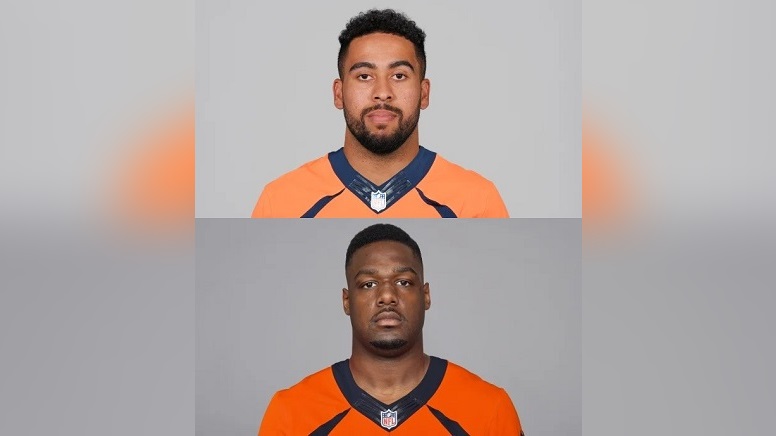 Six weeks from Wednesday the 2021 free agency signing period will be getting underway and if you’re a fan of the Pittsburgh Steelers, that will likely begin a week or two of watching the team lose several unrestricted players to other teams and none being signed from the outside. Basically, business as usual for the Steelers and even more so this offseason when it comes to other team’s free agents being signed due to the team’s expected salary cap situation. If, however, you enjoy watching the Steelers signing players to Reserve/Future contracts, the next few weeks might be fairly enjoyable for you.

The Steelers signed one player, offensive lineman Aviante Collins, to a Reserve/Future contract on Tuesday and with the Denver Broncos dumping a few notable players later in the afternoon, perhaps we might see one or two of them added to the Pittsburgh roster in the very near future.

On Tuesday, the Broncos announced the waivings of five players and that list included wide receiver Fred Brown, defensive end Joel Heath, safety Alijah Holder, tight end Jordan Leggett and tackle Darrin Paulo. Two of those players, Heath and Leggett, could potentially be cheap offseason roster fits for the Steelers, assuming both are healthy and want to resume their NFL careers.

Leggett, who spent the 2020 season on the Broncos practice squad, had just recently signed a Reserve/Future contract with Denver, so his Tuesday waiving is a bit confusing. It’s not often you see that happen so perhaps there’s more to the story with Leggett than we know right now. The Steelers unsuccessfully attempted to claim Leggett off waivers from the New York Jets nearly two years ago so that’s why it’s easy to connect the dots to him on this Tuesday and especially on the heels of veteran tight end Vance McDonald retiring a few weeks ago.

As for Heath, a former 2016 undrafted free agent out of Michigan State, he chose to opt-out of the 2020 NFL season due to the COVID-19 pandemic. Does he still want to play football? If he does, he certainly would fit on the Steelers offseason roster as a backup defensive end as he has the ideal measurables they look for in such a player at that position. He not only has NFL experience, having played in 32 games with the Houston Texans, he’s also still just 27 years of age.

The Steelers could potentially use another defensive end on their offseason roster with current defensive linemen Tyson Alualu and Chris Wormley both on track to become unrestricted free agents in six more weeks. While the Steelers likely hope to re-sign both Alualu and Wormley prior to the start of free agency, it’s not guaranteed that they’ll be able to do so for various reasons.

According to the Tuesday NFL transaction sheet, Leggett was waived from the Broncos Reserve/Future list while Heath was waived from the Reserve/Opt-Out list. If the Steelers want both players and their minimum contracts, they should be able to claim either or both by 4:00 p.m. EST on Wednesday. Odds are of course long that they will, but don’t be surprised if such a transaction were to happen just the same. After all, these next six weeks will essentially be the Steelers 2021 main free agent signing period.