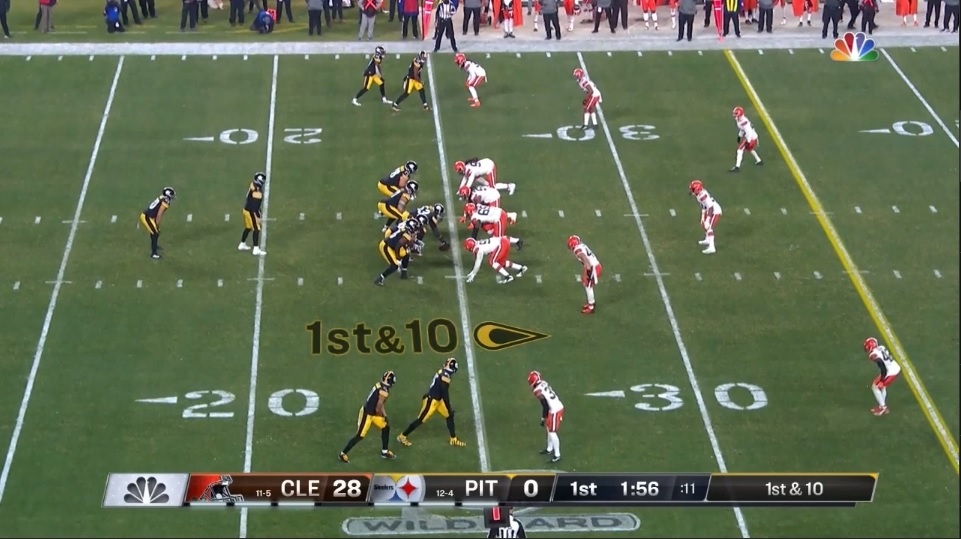 I knew the playoffs could get weird. Didn’t know they could get this weird. Sucks the Pittsburgh Steelers’ season is over but they gave us a lot of material to work with on their way out the door. One final time for the 2020 season, your stats of the weird. Glad you guys enjoy these. They’re a lot of fun to write.

– As was pointed out, this was Scorgiami. The first 48-37 game in NFL history.

– The 48 points given up Sunday are a Steelers’ postseason record. Previous high was 45, allowed in 2017 to Jacksonville and 1984 to Miami.

– Ben Roethlisberger set a lot of records in this one. Some good. Others…not so much.

– Roethlisberger set a postseason record with 68 pass attempts. That breaks Steve Young’s mark of 65 set back in 1996.

It’s the most attempts he’s ever thrown in a game,  surpassing the 66 he had  in the “Immaculate Extension” game in 2017 against the Baltimore Ravens. Roethlisberger becomes the first QB in NFL history with multiple, career games of 65+ pass attempts (regular season and postseason).

– He’s only the second QB in playoff history to throw for 500+ yards. Joins Tom Brady, who threw for 505 in in the 2017-2018 Super Bowl loss to the Philadelphia Eagles. Roethlisberger threw for 501 in Sunday night’s loss to Cleveland.

– Roethlisberger became the first QB in Steelers’ postseason history to throw four INTs in one game. Many have done it thrice, including Roethlisberger. No one’s done it four. Felt like a game of Madden last night.

– Roethlisberger threw the second-most attempts in NFL history without being sacked. The only one who beats him out is Drew Bledsoe, remarkably not sacked in his NFL record 70 attempt game in 1994 against the Minnesota Vikings.

– Big Ben is the first QB to throw 4+ TDs and 4+ INTs in a game since Ryan Fitzpatrick in 2012. But he’s not the first Steeler, believe it or not. Wasn’t Tommy Maddox. Or Kordell Stewart. Or Terry Bradshaw. It was Dick Shiner, who threw four scores and five picks in a 1968 loss to San Francisco.

– JuJu Smith-Schuster (13) and Diontae Johnson (11) are the first Steelers’ wide receivers with double-digit receptions in a playoff game since Hines Ward in 2008, a loss to the Jags.

– Smith-Schuster’s 13 playoff receptions are a Steelers’ record. Breaking the long-held mark of…you guessed it, Franco Harris. He had 11 in a 1983 loss to the Chargers.

– Smith-Schuster’s 157 yards receiving are second most in Pittsburgh playoff history, just shy of Lynn Swann’s 161 in their 1975-1976 Super Bowl.

– In all their years, the Steelers never trailed 28-0 after the first quarter. Until Sunday night against Cleveland. Previous largest deficit deficit was 27-0 to the Eagles in 1965.

– Pittsburgh’s defense failed to record a sack for the fist time since…their 2017 playoff loss to the Jacksonville Jaguars.