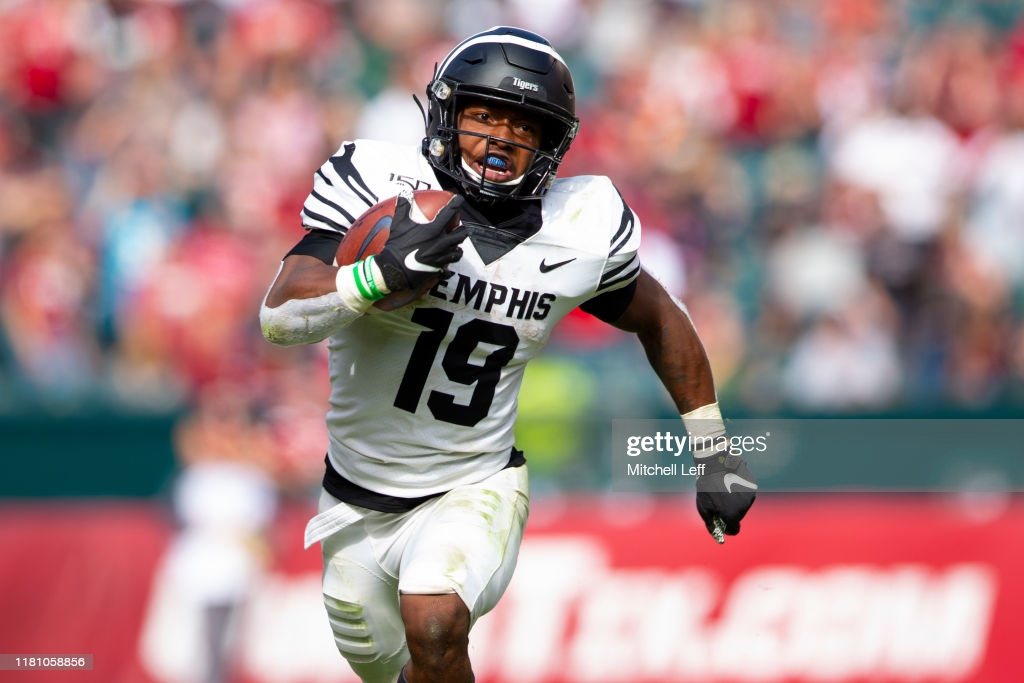 I’m gonna level with you guys. Mock drafts are going to be hard this year. Even more difficult than 2020. We’re working with even less information this year than last, especially now that the Combine has been scrapped. The best we can hope for are some solid Blue’s Clues based on Pro Day visits but who even knows what that’s going to look like.

But we’re going to keep plugging along. Starting with my first mock draft of the 2021 draft season. I’ll roll out a new one every couple of weeks. Over time, they should become more accurate and realistic. The first mock always feels the most “ideal” and certainly is subject to change. I am also giving the Steelers a 4th round compensatory pick for Javon Hargrave. That’s the one that feels “safe” right now. Anything else is up in the air.

Analysis: The Steelers could go in plenty of directions in the first round but addressing offensive line feels the most likely route they go. The team is probably going to lose LT Alejandro Villanueva to free agency. That means replacing their franchise left tackle who essentially hasn’t missed a down in five seasons. No small feat. And coming off a year where they had their worst rushing output since 1966, the Steelers’ focus will be on improving the line and the running game. Count on that.

I didn’t write the scouting report on Leatherwood but watched plenty of his Alabama teammates in OG Deonte Brown and OC Landon Dickerson. And Leatherwood, #70 on the Crimson Tide left side, always caught my eye. In some ways, he reminds me of Villanueva. Tall, long, a little lean, Leatherwood shows violent hands in pass protection, flashing the chop Villanueva’s so good at, while being a plus athlete. Leatherwood won college football’s Outland Trophy awarded to the game’s best offensive linemen. He’s played left tackle and right guard, though drafting him would be with the intent to play on Roethlisberger’s blindside. A 40-game starter against top-flight, SEC competition, he could start on Day One. The Steelers probably need him to.

Analysis: Even with Randy Fichtner given the boot, I can’t help but choose a Memphis product. But selecting Gainwell has little to do with his school and much more to do with his fit. This run game needs a playmaker. They need someone explosive. The backfield hasn’t offered nearly enough of that. Anthony McFarland still has promise but he’s not going to stop the team from using a high pick on the position. Again, clear focus on the run game after the nightmare year they’re coming off.

Gainwell, similar to Tony Pollard and Antonio Gibson, was a big-play machine for the Tigers in 2019. He averaged over six yards a carry, ran for nearly 1500 yards, and added 51 receptions for another 600 yards. In total, he found the end zone 16 times. The Steelers prioritize production with drafting the position and Gainwell has it, albeit in one year. He opted out of the 2020 season due COVID; Gainwell lost four family members to the virus.

Gainwell is what Jaylen Samuels was supposed to be. A do-it-all back who can excel in the screen/short passing game, doing damage in space and after the catch. He’s young, without much wear, and while some may view Memphis’ offense as gimmicky and gadgety, Pollard and Gibson are proof of it translating to NFL success. Some may think this is too early for Gainwell but I don’t think the Steelers wait to get a guy with his talent.

Analysis: Hope you’re sensing a theme here. Run game, o-line. Rinse, repeat. Looking for size and physicality along your offensive line? Hard to find anyone better than Hill, a 330 pound center. Two and-a-half year starter for the Bulldogs, beginning his career at right guard before shifting to center. Junior leaving school early with some medical concerns, he had surgeries on both knees to end his 2020 campaign, but he’s offering valuable, interior depth now that Kevin Dotson is poised to be elevated to a full-time starting role.

Hill will hopefully get to sit for one more season behind Maurkice Pouncey. But if Pouncey retires, Hill will be in the mix out of the gate.

Analysis: Feels weird waiting this long for a defensive pick. But Steelers finally make it. Hopefully the team’s able to retain one of Mike Hilton or Cam Sutton but if they don’t (or even if they do), Molden makes sense here. Three-year starter for the Huskies and projects well as a slot corner at the NFL level. Four interceptions in 2019 and played well in 2020, though the school ultimately only played four games. He honestly could – and arguably should – go a round higher. But because of average size and slot value (which is less than an outside corner), he could slip a little bit.

Analysis: The Steelers probably won’t listen to me and invest a Day 1/2 pick on the position. Still, taking Poljan would be their highest investment in a TE this decade and Poljan screams Steeler. Former MAC guy, transferring from Central Michigan to Virginia. Rare size at 6’7, 265. Excellent production, catching 38 passes and six touchdowns this season with the Cavs. Even a former QB which has some Zach Gentry vibes but Poljan didn’t make the switch to TE until mid-way through college. The “last guy they took from here” comparisons don’t mean much but hey, the last tight end they took from Virginia turned out pretty good.

Analysis: Adding outside linebacker depth perhaps later than what I would want but there’s plenty of holes on this roster to fill. Not much behind TJ Watt and Alex Highsmith. Ola Adeniyi probably gets brought back, though not on his RFA tender, but I view him as a #4/special teamer. Cassius Marsh is in a similar boat. Snowden will add depth, competition, and protection against injury. Interesting frame, team captain, with decent production. In his career, he had 30.5 TFL and 15 sacks. 15 pass breakups, too, so maybe he can make an impact in coverage, even if that’s using his length to get his hands up in throwing lanes.

Analysis: Hello, new Derek Watt. Mason is regarded as this draft classes top fullback, though I imagine the competition is light. Mason has drawn comparisons to Baltimore’s Patrick Ricard for his stocky frame and defensive line background, playing there until the 2019 season. He found a role as a goal line star, barreling into the end zone seven times on 33 attempts in 2018. Also made an impact on special teams. Potential short-yardage option for a Steelers’ team worst in the league in getting a yard. And allows them to cut Derek Watt, save $1 million, and have a cheaper, younger option on a four-year deal.

Analysis: Finishing with a defensive selection given how much focus of this draft has been on offense. Steelers’ drafts often have a pretty good level of balance. Thompson probably won’t be more than a special teamer but he has a Vince Williams vibe. Downhill, run and hit guy. And Williams could be cut as an unfortunate cap casualty. Thompson finished his college career with 312 career tackles. 23 of those went for a loss. He was a two-time team captain.