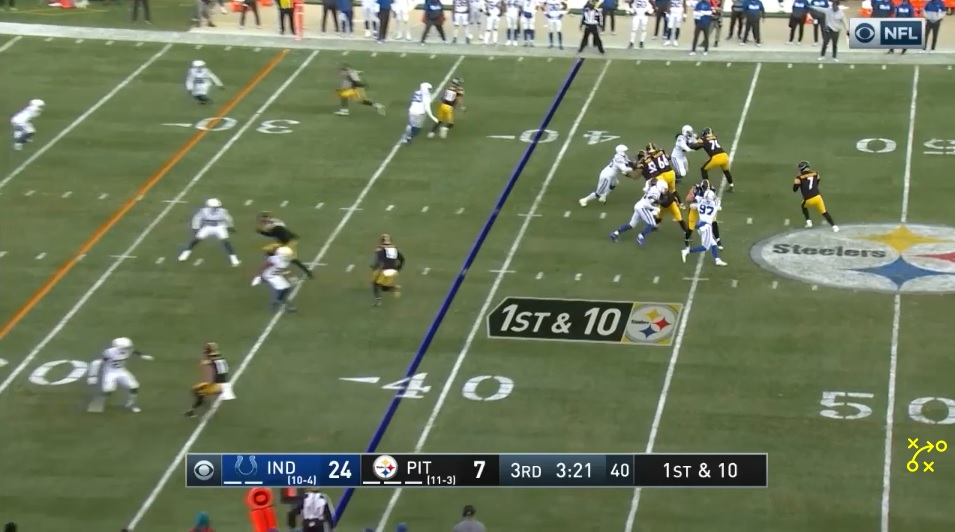 Did Ben Roethlisberger really take control of the Pittsburgh Steelers’ offense as Mike Silver implied? According to the Indianapolis Colts, the Steelers didn’t look a whole lot different in the second half, even if their overall execution was night and day.

Colts’ DC Matt Eberflus was asked about Silver’s report indicating Roethlisberger ran the show in the second half, propelling the Steelers to their 17 point comeback win.

“No,” he told reporters when asked if anything the Steelers did was surprising. “I mean, we’ve played these guys a lot over the last few years. Even with the team I was at so I didn’t see any looks that were new. I did hear that [report] that he was calling his own plays and I didn’t notice anything. The guys on the field didn’t say anything or notice anything after the game. So it was pretty much who they were.”

Pittsburgh did run a decent amount of no huddle as they stormed back in the second half, seven plays in total, but Silver’s report said Roethlisberger was running stuff they hadn’t practiced in weeks. That apparently came by way of JuJu Smith-Schuster (we still haven’t seen Smith-Schuster’s exact quote to see if his comments were distorted) and that notion was downplayed by both Eric Ebron and Mike Tomlin.

“All of those plays that Ben would call were all the plays that we would practice,” Ebron said earlier in the week. “And as much as it might seem like Ben’s making stuff up, nah, we practice this stuff”.

Diontae Johnson’s third quarter touchdown was similar to a call made at the end of the first half. The difference was Johnson running the route the way Roethlisberger wanted it, stemming outside instead of going up the seam. That has nothing to do with playcalls but everything to do with execution.

Still, there’s no question the Steelers need to develop a better plan and show better execution early in games. The Steelers’ haven’t scored a point on offense or special teams in six straight quarters. And since the start of last season, have only scored one touchdown on an opening possession, the fewest in football. Even the New York Jets have more trips to the end zone to start. As is often the case with failure of that magnitude, there’s plenty of blame to go around. The run game is terrible, receivers drop too many passes, and the QB play last year was obviously poor. But some of that falls on coaching too, specifically OC Randy Fichtner.

So whatever the Steelers are doing in the second half might need to be carried over to the first half of games, too.