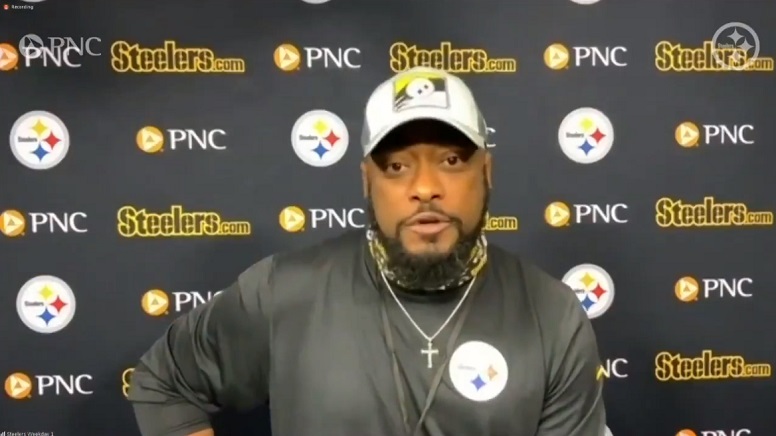 Was the Indianapolis Colts defense really calling out the offensive plays of the Pittsburgh Steelers pre-snap in the first half of the Sunday game at Heinz Field between the two teams? According to Michael Silver of the NFL Network, Steelers wide receiver JuJu Smith-Schuster told him after the game, that was indeed the case.

“So, while [Maurkice] Pouncey was yelling at the Steelers at halftime, Big Ben [Roethlisberger] was thinking,” Silver said on Sunday. “[JuJu] Smith Schuster told me, ‘Ben was great.’ He said, ‘The Colts defense was really good early on. They were calling out plays they knew we were running.’ And then he said, ‘Ben’s mind is super creative. He was calling plays in the second half that we did not practice. Just pulling things from the past.’ So, not the way they scripted it, but part of having fun for the rejuvenated Steelers was figuring out a way to attack that defense, that apparently Big Ben was pulling things out of the dark recesses of the playbook.”

The Colts' defense had a handle on the Steelers in the first half Sunday. Then @_BigBen7 went deep (in the playbook). From GameDay Final on @nflnetwork @ChrisRose pic.twitter.com/NIjCSeg5nc

During his weekly Tuesday press conference, Steelers head coach Mike Tomlin was asked if the report about what Smith-Schuster said is true.

“We were calling out their plays, too,” Tomlin said. “Philip Rivers was calling out our adjustments. I think it’s one of the things that kind of goes on in 2020 during a global pandemic when you’re playing in crickets and eerily quiet stadiums. You know, I know other teams have talked about that some. I think it’s just one of the adjustable things that we all globally have to deal with in the 2020 environment because of the level of communication and the amount of communication that’s heard between units prior to a snap in 2020s environment.”

So, there you go. There’s the initial report and then Tomlin’s response to it and now neither will sway the minds of Steelers fans calling for offensive coordinator Randy Fichtner to be fired before Sunday’s regular season finale against the Cleveland Browns.

While most fans of the team want Fichtner fired before the playoffs start, it’s just not going to happen.

We still have several days to go before the Steelers play the Browns and we’ll now wait and see if quarterback Ben Roethlisberger and Smith-Schuster both meet the media later this week. If either or both do have media sessions, one would think questions about what Smith-Schuster told Silver will be asked.