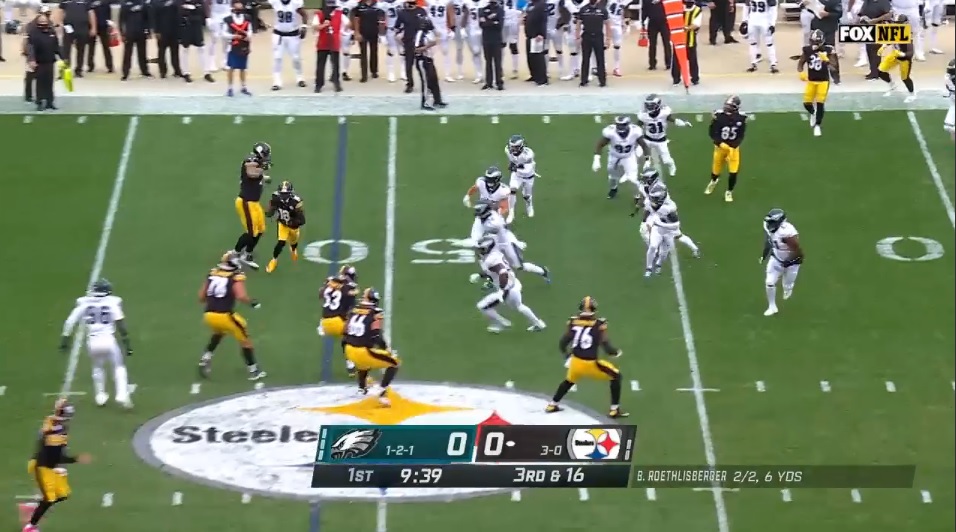 With Ben Roethlisberger back in the fold, the Pittsburgh Steelers have snapped a couple of dubious streaks through the first month of the season. The one that’s still hanging out there? First drive touchdowns. That hasn’t happened since Week 15 of 2018. Randy Fichtner hopes it ends sooner rather than later.

Fichtner rightly pointed out the offense scored on five of their first six drives as the Steelers put up 38 points, the most since their 52 point outburst against the Carolina Panthers in 2018. But that first drive score remains elusive. Through the first four games, here are the team’s first drive outputs:

Last season, the Roethlisberger-less Steelers scored just six points on opening drives. Three of those came off a turnover against the 49ers that set Pittsburgh up in field goal range. The initial results through the first month of 2020 don’t look a lot better though the offense as a whole has predictably greatly improved.

Fichtner discussed his approach to first drives, getting a feel for defenses and how they plan on attacking the Steelers’ offense.

“Starting fast is obviously something we talked about. We talked about it openly with our players. We always seem to mix in, and I like to take the comfort in the plays that we practiced well, concept plays that are going to have a chance for great success because you have the opportunity to work, you got a clean enough look during the week that you liked. Doesn’t mean you are going to give them that exact look. This is professional football. We adjust. Players have to adjust.”

He said the key to sustaining drives is involving back-breaking penalties that throw the offense off-script.

“But the challenge, again, comes back to us. It comes back to a loss yardage play here, maybe a penalty. It’s going to be hard to overcome the 3rd and-longs. And generally, that is kind of what’s happened in the first series.”

In Week 2 against the Broncos, Diontae Johnson muffed a first-play jet sweep that lost eight yards. It put Pittsburgh in 2nd and 18, leading to a three-and-out punt. Against the Eagles, a Ben Roethlisberger eight yard sack created a 3rd and 17, stalling the drive and forcing another punt.

The Cleveland Browns have allowed touchdowns on two of five opponent opening drives this season, including last week against the Indianapolis Colts. The other came in Week 1 versus the Baltimore Ravens.