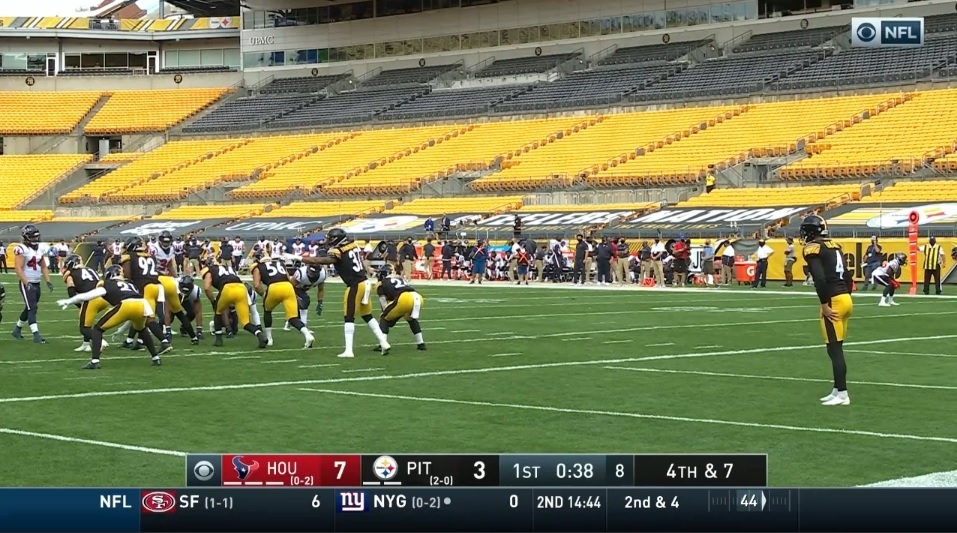 Dustin Colquitt pushed out Jordan Berry in an effort to upgrade the Pittsburgh Steelers’ punt game. Through three weeks, that hasn’t happened. If anything, this unit has gone in reverse. Colquitt is averaging just 43.8 yards per punt. 25th in the league, with an ugly net punting average of 36.8 an even worse 29th overall.

In his usual Tuesday presser, Tomlin made his displeasure with that group perfectly clear.

“Not where we want to be,” he said when asked to evaluate his punt team. “Not only with Dustin, but with the group. The collective work has to improve. We’re simply concerned about raw numbers, net punting, and where we are right now is not where we’d like to be.”

Comparatively, Jordan Berry had a much better 2019, a season that ended with as ugly of a final four game stretch as you’ll ever see by a punter. Berry finished the year with a 45.5 yard average and 40.9 yard punt. Both those figures are about average but outstanding compared to Colquitt and the Steelers’ current coverage team.

Punt returners are averaging 8.8 yards per return against the Steelers. They haven’t allowed any back-breaking returns yet but are consistently giving up positive returns. The Giants’ Jabrill Peppers had returns of 8, 11, and 20 yards in the Week One opener. Denver’s Diontae Spencer had returns of six and nine yards while Houston’s DeAndre Carter had a pair of eight yard runbacks.

Special teams was the hardest unit to practice and rep during training camp, making some of these early-season struggles predictable. The Steelers also saw their largest roster turnovers on special teams, losing Anthony Chickillo, Johnny Holton, Roosevelt Nix, and Tyler Matakevich in the offseason. Those are explanations, not excuses, and the bottom line is this unit must show improvement. That’ll be even tougher if FB Derek Watt isn’t available against the Eagles after suffering a hamstring injury in Week 3.