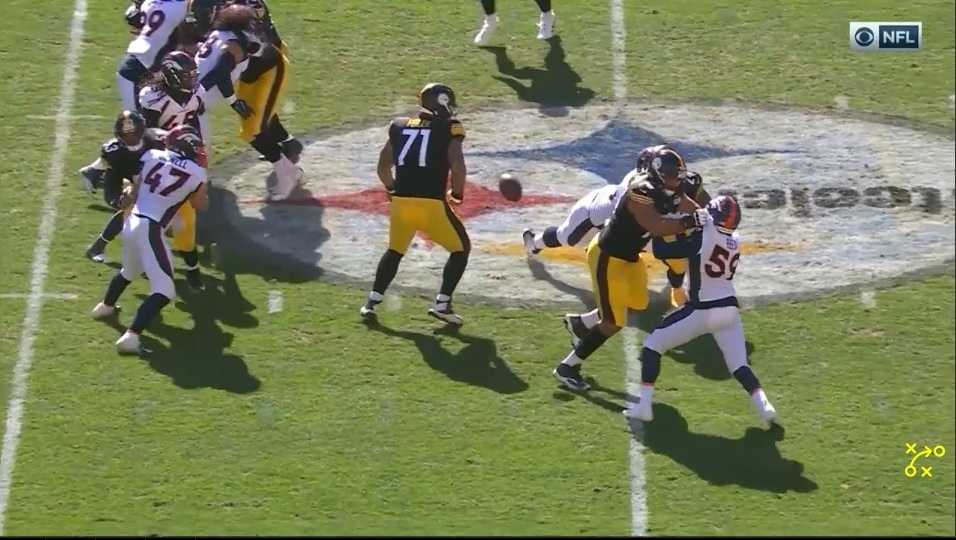 What’s the ticket to getting the Pittsburgh Steelers’ offense in stride? 2019 was a low bar this offense has already cleared but it’s not the crisp, well-oiled machine even if Ben Roethlisberger is back under center. JuJu Smith-Schuster said the obvious speaking to reporters via Zoom yesterday. The issue is Steelers beating Steelers.

“Man, we’ve got to stop killing ourselves and hurting ourselves and that’s with penalties, turnovers, by fumbling, throwing interceptions,” Smith-Schuster said. “Honestly, it’s just more so just protecting the ball and just executing our plays.”

The Steelers have turned the ball over three times on offense in two games plus Diontae Johnson’s muffed punt versus the Giants. Turnovers were the reason why Denver hung around and were in position to win Sunday. The Steelers gave the football up twice in the second half, a Ben Roethlisberger lame duck INT and Benny Snell fumble. Avoid those outcomes and Pittsburgh’s cruising to another victory.

Turnovers have been a common theme for far too long. The Steelers have turned the football over at least once in 25 straight games. The last time they didn’t was Week 10 in 2018, a blowout win over the Carolina Panthers. Give the football away, steal a possession from yourself and give it to the other opposition, and that’s going to make blowouts close contests and close games losses.

Smith-Schuster is hoping the Steelers play a cleaner game and get off to a faster start versus the Houston Texans this Sunday.

“Just attacking and making sure that we get our defense off the field and put points on the board, so we’re not playing catch up or we’re trying to play safe. So, I think this week it’s more so like I said, stop hurting ourselves with easy mental mistakes.”

Houston’s defense has yet to register a takeaway their first two weeks, though they faced two of football’s best offenses in Kansas City and Baltimore. The Texans have their issues on offense, the line has struggled, they’re clearly missing DeAndre Hopkins, but they have more firepower than the Giants or Drew Lock-less Broncos. Lose the turnover battle this weekend and odds are good the Steelers see their first loss of the season.