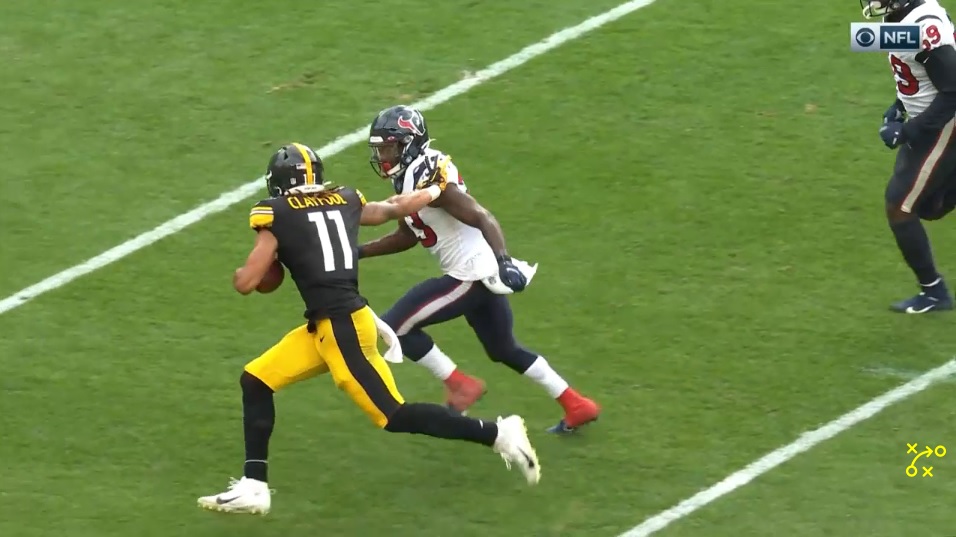 For the third straight week, the Pittsburgh Steelers closed out a victory on their own terms. A late drive, grinding out the final minutes of the clock. A four minute offense the past two weeks, including yesterday’s win over Houston. Sunday, it wasn’t just the run that got the win signed, sealed, and delivered. It was two well-designed, read, and executed RPOs (run-pass options) to beat the Texans. Let’s take a look at both of them.

Facing 4th and 1 from the Texans’ 36, the Steelers called a RPO. Give Ben Roethlisberger options on the biggest snap of the game. This play has two components. A power run option, LG Matt Feiler leading the way, or a slant to James Washington.

Houston shows a seven man box, outnumbering the Steelers in the run game. So Roethlisberger looks to throw. At the top, JuJu Smith-Schuster and James Washington are stacked. That forces the Texans to play off coverage. If both cornerbacks press, they’re risking getting picked on a rub route the Steelers love to run. 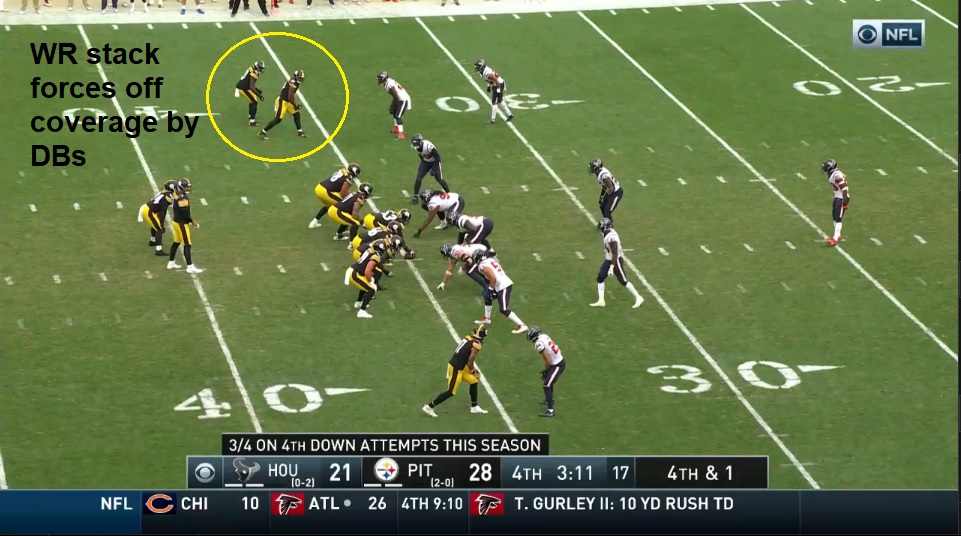 But the stack has the same impact. Washington runs a slant underneath Smith-Schuster, using a natural rub, and the corner has no chance to drive and make a play on the ball. It’s pitch and catch from Roethlisberger to Washington for seven yards and a fresh set of downs.

Fast forward to 3rd and 9 later on in the drive. If the Texans get a stop here, they at least force Chris Boswell to attempt a 40-ish yard field goal. Pittsburgh has another run/pass option. A man run to the right side or a quick screen to Chase Claypool at the top.

As Mike Tomlin explained after the game, the Texans are stacking the box. It’s a nine man front, everyone selling out to stop the run against the Steelers heavy, 13 (1 RB, 3 TE) personnel. No chance running the ball gets the Steelers a first down. 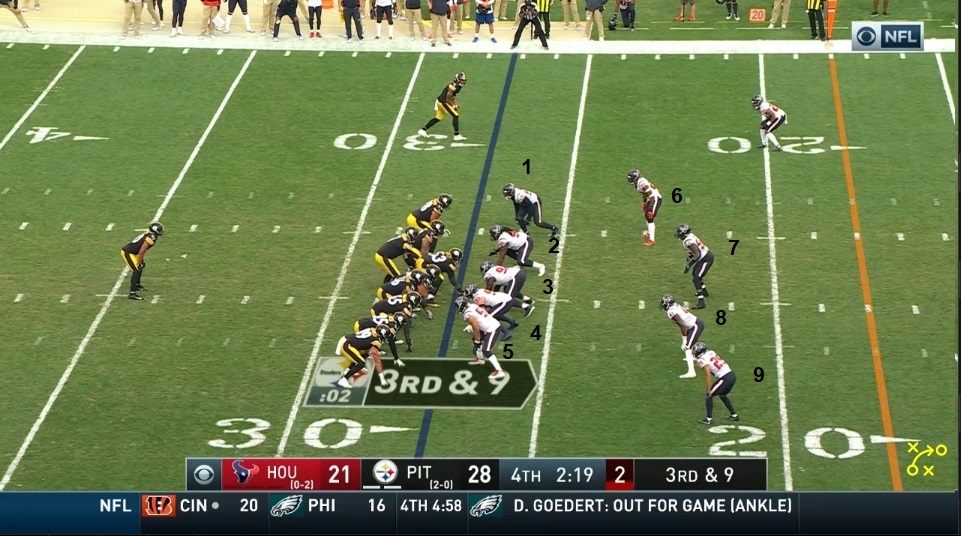 To the top though, the RCB is playing eight yards off and ends up backpedaling a step at the snap. Roethlisberger with a catch and release motion on the throw, snap it, grab it, and chuck it (one college coach compared it to a fisherman casting a line). Claypool is now one-on-one with the corner. 6’4, 230+ in the open grass is a winnable matchup. Claypool breaks two tackles and nearly scores, though his ball security is a little questionable. No need to extend the ball out near the goal line with the lead.

Three kneeldowns after the Claypool conversion and the Steelers locked up the victory. It would’ve been easy to go ultra conservative and run the ball every snap. Inevitably punt it away, trust your defense to keep Houston out of the end zone. These calls were far from the most aggressive but they ensured the ball was put in Ben Roethlisberger’s hands. Allowing your future Hall of Fame quarterback to put the offense in the best position based on what the Texans were showing, whether that was run or pass.