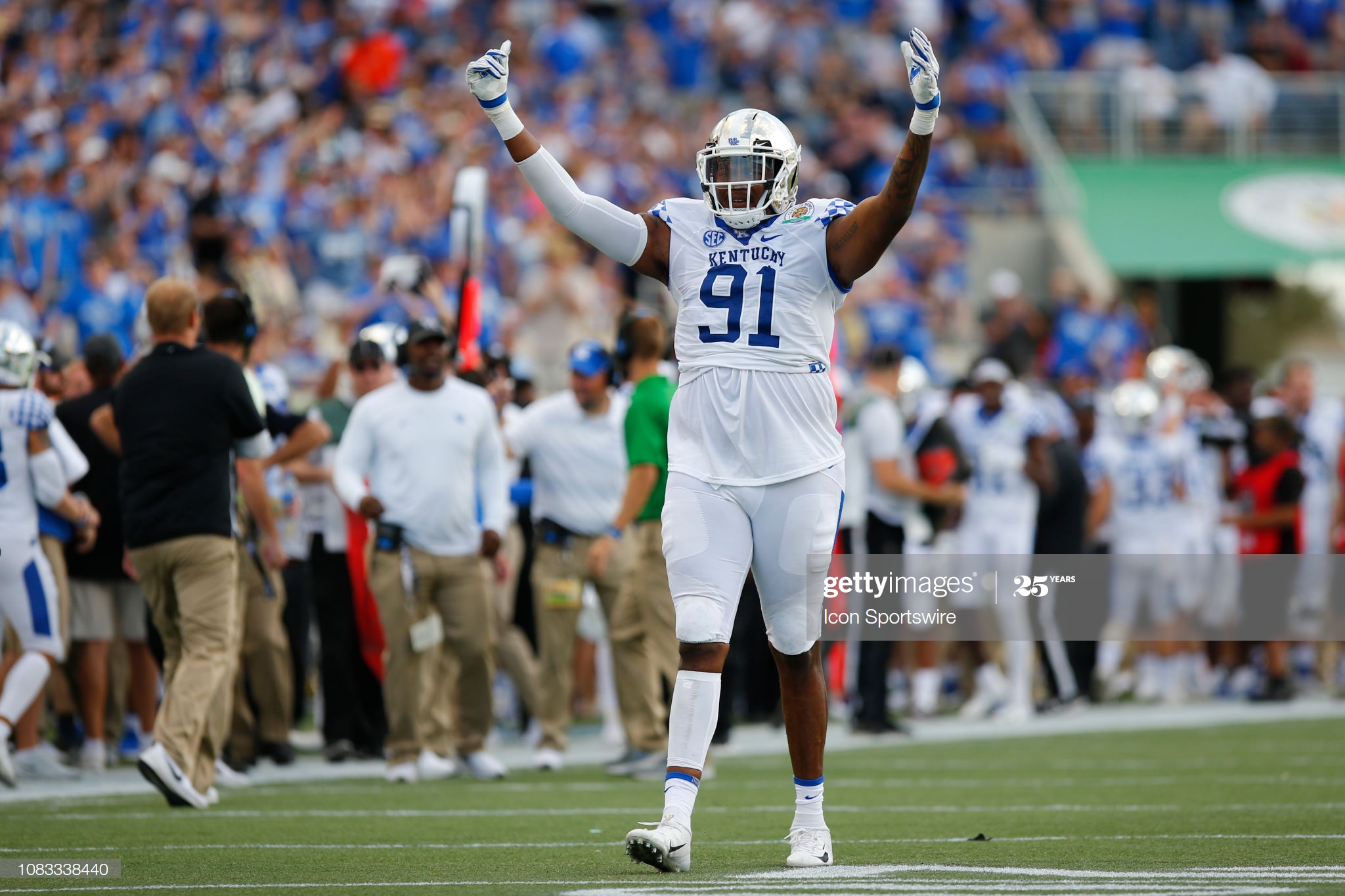 I am somewhat relieved that I was able to choose wisely and selected the majority of the eight rookie and first-year players that the Steelers released yesterday in order to get down to an 80-man roster before they were released. I addressed J.T. Barrett, Christian Montano, Josiah Coatney, Dewayne Hendrix, and Tyree Kinnel to discuss, while the other three released—Ralph Webb, Christian Kuntz, and Quadree Henderson—had previously been with the team, so were thus not ‘new faces’.

With that out of the way, we continue our series with greater confidence knowing that those discussed are now likely to remain on the 80-man roster for the duration of training camp, unless they suffer an injury and are waived, or otherwise struggle.

The first player I’d like to discuss then from this new group is Calvin Taylor, the rookie undrafted defensive end that the Steelers chose to retain over Coatney, and the first-year Hendrix, who was a Pitt alum and played in the XFL earlier this year.

Taylor is perhaps the tallest player on the roster, tied with Alejandro Villanueva at 6’9”, though he is not supremely bulky, at 310 pounds is pretty evenly distributed for his size. He is an alumnus of Kentucky, the alma mater of Bud Dupree and Benny Snell.

Taylor was recruited as a tackle, but moved to the defensive side after his redshirt season. He hardly played in 2016, and was limited the following year as well, but he started 22 of 40 games, ultimately, registering 85 career tackles with 10.5 sacks and 16.5 tackles for loss. He also had three forced fumbles and five passes defensed.

The Steelers are deep at his position, with Chris Wormley, Tyson Alualu, Isaiah Buggs, Carlos Davis, and Henry Mondeaux all ostensibly ahead of him on the depth chart. Cavon Walker, another XFL player, is also in the position group.