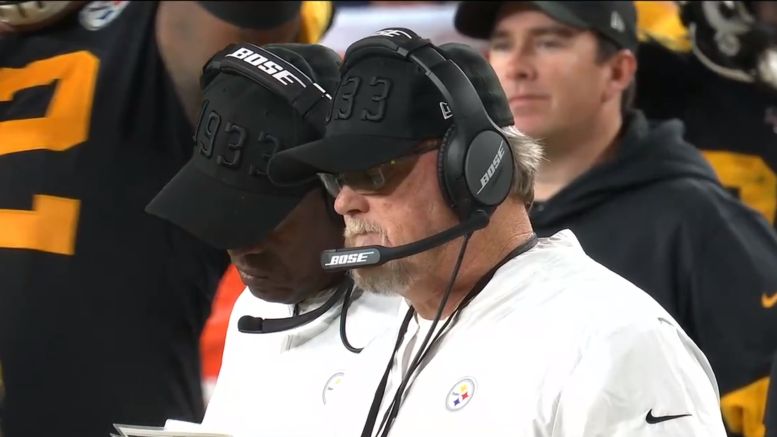 Randy Fichtner has only been the Steelers’ OC for two seasons, so the sample size here is a little unfair, but he’s already regarded as guiding one of football’s most pass heavy offenses. That’s courtesy of the numbers run by ESPN’s Mike Clay, who broke things down into the most pass and run heavy playcallers.

Fichtner only trails the Chiefs’ Andy Reid in terms of pass frequency. The Chiefs though, finished 9th and 15th the past two years in total pass attempts. Building big leads and running the ball to close them out have helped keep those numbers down.

These numbers shouldn’t be shocking. In his first year as OC, 2018, Ben Roethlisberger led the NFL with a whopping 675 attempts. That broke his previous career-high of 608 set in 2014, the only other time he threw 600+ passes. That will heavily skew the numbers.

Last year, the Steelers attempted just 514 passes, 26th in the league. They had good reason to run, hiding Mason Rudolph and Devlin Hodges as much as possible.

2020 will be a telling year for Fichtner. In 2018, he was surrounded by plenty of talent, including a then mostly-sane Antonio Brown. Last year was a disaster. Fichtner had his own issues but was dealt a nearly impossible hand. Brown is gone but Roethlisberger is back in 2020. The Steelers won’t have the NFL’s #1 offense but they need to much more closely resemble 2018 than last season.

As you can tell from Clay’s list, two AFC North playcallers appear on the run-heavy side of things. Newly hired Kevin Stefanski of Cleveland, coming off from Minnesota where Dalvin Cook rushed for over 1100 yards and 13 touchdowns last season. There’s also Greg Roman, calling the shots for the Ravens. They’re running with incredible success, led by Lamar Jackson and Mark Ingram. This year, they drafted Ohio State’s JK Dobbins, who rushed for over 2000 yards in his final year with the Buckeyes.