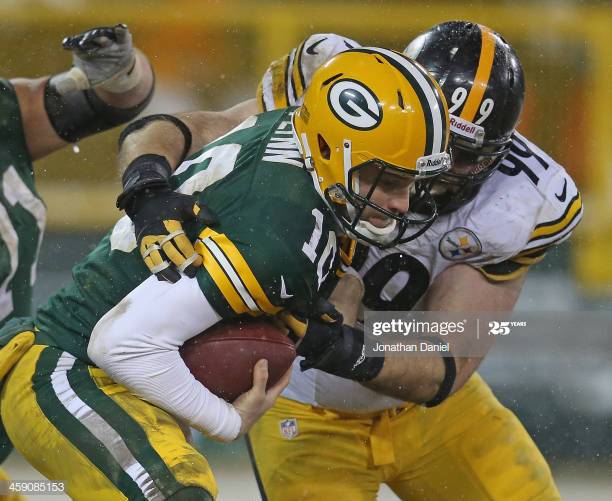 If you’re wondering what the Pittsburgh Steelers should do with their seventh round draft pick this year, history would suggest they should follow the words sung by the Red Hot Chili Peppers:

Because for the most part the Pittsburgh Steelers have shot blanks with their seventh rounders and almost like clockwork pick a winner at this position only once a decade.

But then again, we are Steelers Nation and always believe this year…is THE year. And it might…just…be possible we choose the greatest seventh round draft pick of all time in a couple of weeks. Or not. Only time…and probably this season…will tell.

Since our selection criteria for this series allows us to choose from any draft in the past 50 years (1969 to today…yes I added a year) you would expect more to choose from, but it really isn’t until the sixth round where these table selections get difficult.

Now, realizing that many Steelers fans already have Matakevich in the Hall of Fame, can we agree he’s not in a position to crack this list, especially now that the Mayflower truck took Dirty Red away to Buffalo?

So…what follows are not merely the obvious choices…but pretty much the only choices.

You won’t see too many defensive highlight reels in the woeful Steelers decade of the 1980’s but if you do chances are it will include middle linebacker David Little making a tackle, causing a fumble or getting an interception. The Steelers weren’t THAT bad…but for those of us spoiled by 70’s greatness…these were difficult days indeed. (Really? You mean the Steelers don’t win the Super Bowl every year?) Little kept the tradition of great Steelers linebackers alive and provided much needed occasional joy for diehard fans those days, serving up punishing blows and being a stalwart of the defense. Tragically at age 46, Little died when the 250 pounds of weight he was lifting crushed him when he dropped it on his chest after suffering from a sudden cardiac flutter.

“Da Beard” will rank much higher in Steelers lore than in NFL gen-pop as such is the fate of defensive ends in the team’s 3-4 scheme. Just ask Aaron Smith…one of the greatest to play the position. When Keisel joined the roster as a rookie there was buzz and bewilderment about his athleticism, especially for such a big man. A talented basketball player who even had NBA aspirations at one point he was slow to establish a starting role having suffered early career injuries. But when Kimo von Oelhoffen left for free agency in 2006 Keisel stepped in and made the position his own, quickly emerging as one of the leaders of what once was one of the NFL’s perennially best defenses.

Technically, Carlos Emmons’ tenure in Pittsburgh was too short to qualify for this list but the talent in the seventh round is paper thin so he gets a reluctant nod. Yet another in the long line of great edge rushers for the Pittsburgh Steelers, Emmons had to bide his time behind the likes of Kevin Greene and Greg Lloyd until he got his chance. Much like Jason Worilds, he was considered a late bloomer mostly because of who was in front of him rather than from a lack of potential. When he did get his chance in the limelight, he shined brightly. Unfortunately for Steelers fans it was too brief of a flash as free agency and the Philadelphia Eagles drew him to the dark side of the state. If you’re wondering why old timers are frustrated about Bud Dupree taking so long to show his pedigree and then demanding big bucks, it’s because we’ve seen this movie before.

Edmund Nelson’s greatest ascent in Pittsburgh Steelers history is as a jumbo sized commentator for local television broadcasts, but that doesn’t mean he didn’t establish himself while in uniform. He came on the scene in 1982 just as Steelers legends Joe Greene and L.C. Greenwood were hanging up their cleats. This drain of Steeler Curtain greatness proved a devastating blow and created a hole that even a man of Edmund Nelson’s size couldn’t adequately fill. This was also the time when Chuck Noll began introducing variants of the 3-4 that were being made vogue by the success of the Orange Crush defense of the Denver Broncos. Nelson never was a dominating player but he makes this list because he helped (alongside Gary Dunn) innovate the nosetackle position in Pittsburgh and…of course…because of his on-air Steelers chops.

Had fate dealt him a better hand, Kelvin Beachum could well be at the top of this list. If not for a catastrophic knee injury in the last year of his rookie contract Beachum might have emerged as one of the greatest draft steals in team history. Considered undersized, Beachum was intent on proving everyone wrong and combines an impressive work ethic with a student-like intensity in seeking to master the game. After recovering from his injury, free agency pulled him away to other fields of glory and his final destiny may be journeyman in the NFL. But as one of the greatest character guys ever drafted by the Steelers, he’ll be hard to shake off this list.