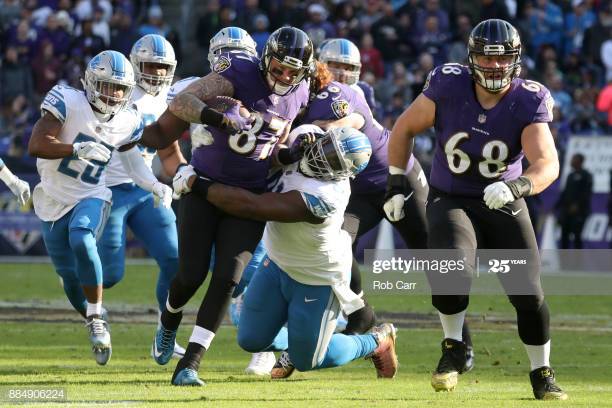 Tacking on one more pending free agent to my wishlist, suggested by one of my Twitter followers yesterday. When it comes to adding defensive line help, knowing the team is days away from losing Javon Hargrave, they should – and could – turn to nose tackle A’Shawn Robinson.

Robinson was drafted 46th overall by the Detroit Lions in 2016. His career has been relatively lackluster, five sacks in 37 starts, but he’s known as a dependable run stuffer. For Pittsburgh trying to fill a seemingly impossible void at nose tackle, that’s good enough for them.

He has the size to play the position, listed at 6’4 330 (he may be a little lighter than that) with long, 34 1/2 inch arms. Robinson has earned high marks for his run defense and the Lions finished 10th in run defense in 2019.

Pittsburgh also showed specific interest in him coming out of the draft. He was one of 30 brought in for a pre-draft visit and we know the length history of the team circling back to that group when free agency hits. Karl Dunbar actually wasn’t his DL coach at Alabama, Dunbar got there the season after Robinson left, but I bet he can provide some insight and would love to add another member of the Crimson Tide to join Isaiah Buggs.

Robinson is the perfect fit of cheap run defense and youth. He might look like he’s 40 but he turns 25 this month and shouldn’t cost much on the open market. Teams pay for pass rush, not competent run defense. He would be able to lessen, possibly even eliminate, the need to address the position in the draft. With only six draft picks, being able to cross that box off is important, letting them fill all the other holes on the roster: interior offensive line, safety, the inevitable receiver they’re going to select.

Of course, if a nose tackle ends up top of their board, signing Robinson on the cheap wouldn’t prevent Kevin Colbert and company from going that route either. Robinson offers security and flexibility and that’s critical for a cap-strapped team that doesn’t have many options.